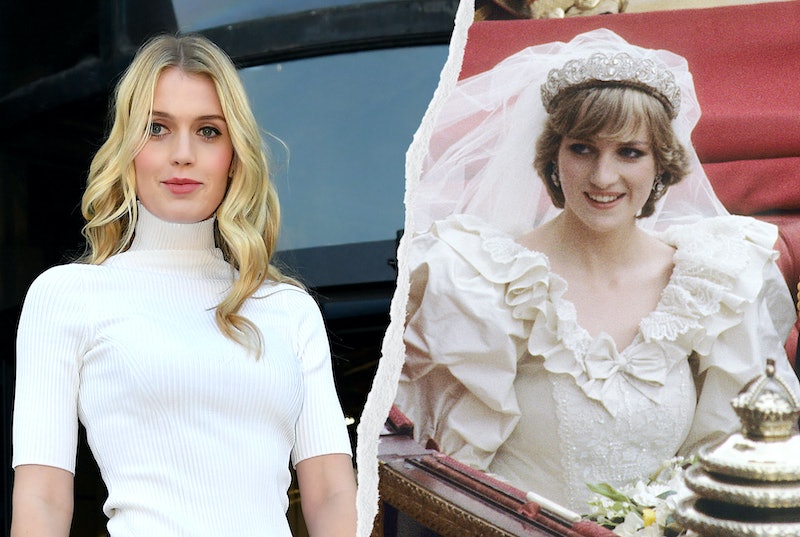 Spencer paired her veil with a low bun instead of a tiara, unlike her aunt Princess Diana, who wore the Spencer family heirloom on her wedding day in 1981. The tiara was also worn by Spencer’s mother, Victoria Aitken, for her wedding in 1989 to Spencer’s father, Charles.

The Spencer tiara itself dates back to the 1930s and was created by Garrard using jewels already owned by the family. These jewels included the central “heart-shaped floral piece,” which was given to Diana’s grandmother Cynthia when she married Albert, the 7th Earl Spencer in 1919.

Diana and Victoria weren’t the only women in the family to complete their wedding outfits with the heirloom. Diana’s sisters, Lady Sarah McCorquodale and Lady Jane Fellowes, also wore the tiara, as did McCorquodale’s daughter Lady Celia for her wedding to George Woodhouse in June 2018.

It’s unclear why Spencer decided to not wear the tiara, but its absence didn’t detract from her big day. Diana’s niece wore five dresses throughout “the three-day event”, all designed by Dolce & Gabbana, for whom she is a global ambassador.

“For this unique event, #DolceGabbana created a number of exclusive hand-made gowns, each celebrating the beauty of the bride, the passion of #AltaModa and the absolute joy of the occasion,” the brand captioned an Instagram post of Spencer’s wedding dress. “The looks include a Victorian inspiration lace bridal gown.”