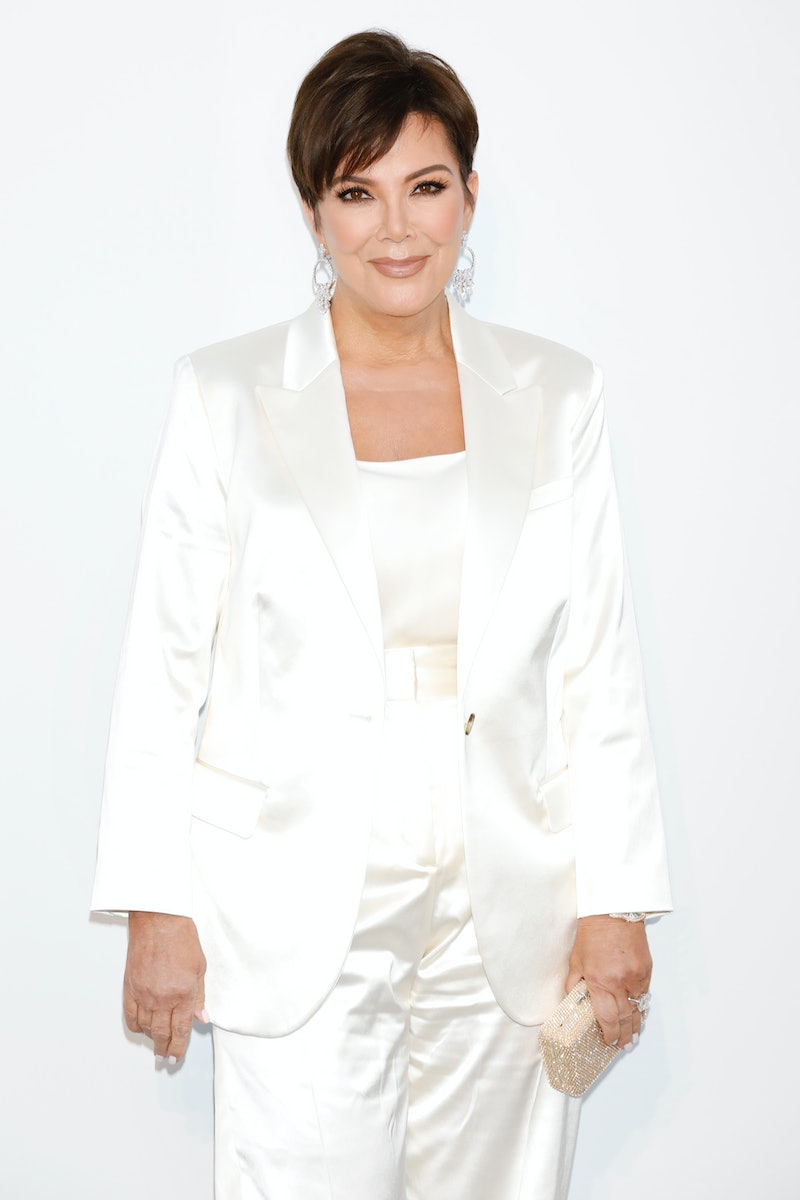 Kanye West's unconventional 40th birthday present for Kim Kardashian raised some questions among fans, and now we have some answers. In an Oct. 2 episode of Sirius XM's Andy Cohen Live, Kris Jenner opened up about the unique gift her son-in-law gave to Kim, which was a hologram of her late ex-husband wishing his daughter a happy birthday. "It was definitely one of the most incredible things I have ever seen," the reality star said.

Robert Kardashian Sr. was the father to Kim, Kourtney, Khloe and Rob; he passed away in 2003 after being diagnosed with esophageal cancer. Inevitably, watching his hologram for the first time evoked strong emotions from the famous family — especially since it was a total surprise. "You know, we didn't really know what was happening because it was such a small group," Jenner said. "Just our family and friends." The reality TV matriarch went on to explain that they were all called into a dark room where the hologram began playing, and of course, there were instant tears.

"It started and we just all started to cry. It was just so intense," Jenner said, recalling the powerful moment. "I must have watched it 20 times. It was really good." She also said that West is "the king of gifts" and that he had been working on this particular surprise for a very long time. Following the initial shock, Jenner said that everyone went quiet. Afterward, the family requested to "see it again and again and again." "It was really wild," she added.

Fans of the famous family saw first saw the hologram on Friday, Oct. 30, when Kim shared it on her Instagram feed. "For my birthday, Kanye got me the most thoughtful gift of a lifetime," the KKW Beauty founder wrote. "A special surprise from heaven. A hologram of my dad." And after explaining how much the gift meant not only to her, but to her sisters, her brother, and her mom, she thanked West for such a creative and meaningful present. "Thank you so much Kanye for this memory that will last a lifetime," she added.

West likely developed the hologram with Kaleida, as the "multimedia hologram company" claimed credit for the gift on their website. According to Slate, however, neither Kardashian nor West has confirmed the gift's origin. The technology, which can reportedly costs hundreds of thousands of dollars, uses "a combination of visual effects, machine learning algorithms, and physical choreography."

The unusual gift did ignite some controversy on social media, but Jenner seemed unbothered by the mixed response. "Listen, Andy, we learned a long time ago to have thick skin," she said. "You can't really worry about people that are hating all the time."