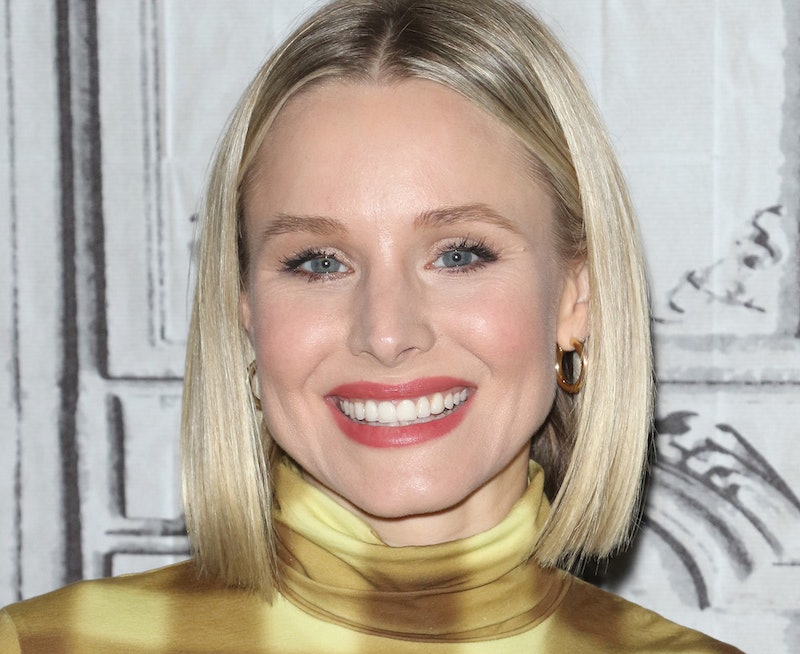 Eleanor Shellstrop has been reborn again. The Good Place actor Kristen Bell will star in a new comedic thriller on Netflix. Titled The Woman in the House, the eight-episode miniseries will follow Bell as a heartbroken woman named Anna, whose day-to-day life has been reduced to the same routine. She drinks wine, stares out the window, and watches life go on without her. If the synopsis just sounds like general life under quarantine, there's a twist: Anna's life gets out of its monotonous funk when a handsome neighbor moves in; however, things are complicated when she witnesses a gruesome murder, per the synopsis.

In addition to her role as Anna (if you, too, are fixated on the fact that Bell's character has the same namesake as her Frozen persona, know that you are not alone), Bell will also executive produce the series alongside showrunners Rachel Ramras, Hugh Davidson, and Larry Dorf. Comedian and actor Will Ferrell will also executive produce under a separate production banner. Bell confirmed the news on Instagram on Wednesday, Oct. 21, sharing a photo of herself nestled on a set of stairs and surrounded by books.

"Some light character research for my new Netflix series The Woman in the House, coming soon," she captioned the post.

Interestingly, the series has been paralleled to the long-delayed The Woman in the Window, an upcoming thriller with Amy Adams that's also expected to arrive on Netflix. According to Deadline, Netflix is still in process of finalizing a deal, but Bell's series does have a lot of similarities to Adams' Woman in the Window, adapted from A.J. Finn's novel of the same name. For starters, Adams' character is also named Anna, an agoraphobic child psychologist who lives alone in a New York brownstone. While spying on her new neighbors — a seemingly idyllic family that makes her long for a reunion with her own — Anna unwittingly witnesses a disturbing act of violence. The film doesn't have an official premiere date yet.

Given that Bell's version is a comedic take and Adams' is an actual psychological thriller, one could presume that it might be mere satire. The Woman in the House doesn't have a premiere date yet, but rest assured there's no shortage of Annas witnessing gruesome acts in the thriller genre.