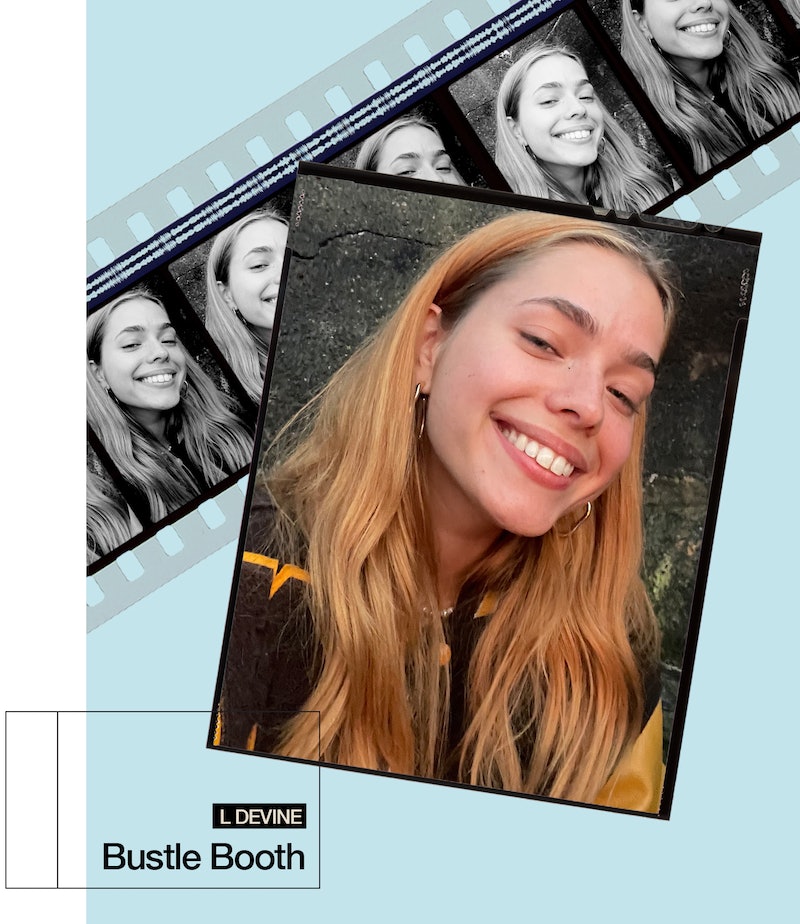 “I wanted to make a song about sex that wasn’t that deep,” L Devine laughs, speaking about a new track on her third EP, Near Life Experience: Part One. I’m on Zoom with the Newcastle-born singer-songwriter and we’re discussing “Girls Like Sex”, an electro-pop homage to the ’80s. Think bright pinks, synth, and girls loving girls.

“I grew up with so many songs about sex through a male lens. They were pretty derogatory or not representative of how I feel about sex. There aren’t that many songs that talk about sex in a really fun and liberating way,” she says, “It’s about girls enjoying sex and it’s as simple as that.”

Unapologetically sexy and queer, L Devine’s music is the soundtrack you need this summer. Alongside “Girls Like Sex”, the new album (which is dropping July 23) features “Priorities”, “Off The Grid”, “Be In Her Bedroom”, “Wish That You Saw Me”, “Don’t Say It”, and “Naked Alone”.

And while most of the tracks on Near Life Experience: Part One are ones you’ll want to live or at the club, many were written in the place where L Devine’s music career began: her bedroom. “Usually artists are so used to seeking out life experiences to inspire songs. You got out with friends, fall in love with new people, and over the last 18 months we’ve been left to our own thoughts,” she says, “I think everything became more introspective and I’ve become inspired by my own head.”

Putting her thoughts down on paper is a coping mechanism that L Devine, 24, has been using for as long as she can remember. In fact, she often finds it easiest to say things in songs. “I wrote a lot of songs about love before I was out and it felt like that part of my life was something that I couldn’t share with people or I didn’t want to share,” she says, “The only way I could get having little crushes at school off my chest was by putting them in songs.”

Pandemic permitting, music lovers should soon be able to hear L Devine's music live, as she’s got a 10-date Near Life Experience UK tour lined up for September and October 2021.

“I can’t wait to play it live and hear the crowd screaming ‘girls like sex’! That’ll be so good,” she laughs, adding: “Hopefully, my dad won’t be there.”

Get to know more about L Devine in her Bustle Booth below.

Literally any line from She’s The Man. “When I close my eyes, I see you for what you truly are… which is oooooglay!!!”

I used to watch a lot of Cartoon Network when I was little. I loved The Grim Adventures of Billy and Mandy, The Cramp Twins and Ed, Edd n Eddy, of course.

I don’t know if I have a celeb idol but I’m definitely a bit in love with Florence Pugh. Any film she’s in is my comfort movie and her cooking videos on Instagram are like free therapy.

Probably have my own show about my crazy family: Dysfunctional Devines.

“Maneater” by Nelly Furtado. It’s a banger and a bit ironic cos I’m the opposite of a man eater.

My friends from home and just generally being back in Newcastle. I’ve kind of reverted back to my teenage life again and I love it.

I’d love to say that I’m “a nice person” but honestly, I think I’m most hyped when people laugh at my shite jokes. So, I think I’d want them to say, “L Devine has mint craic.”