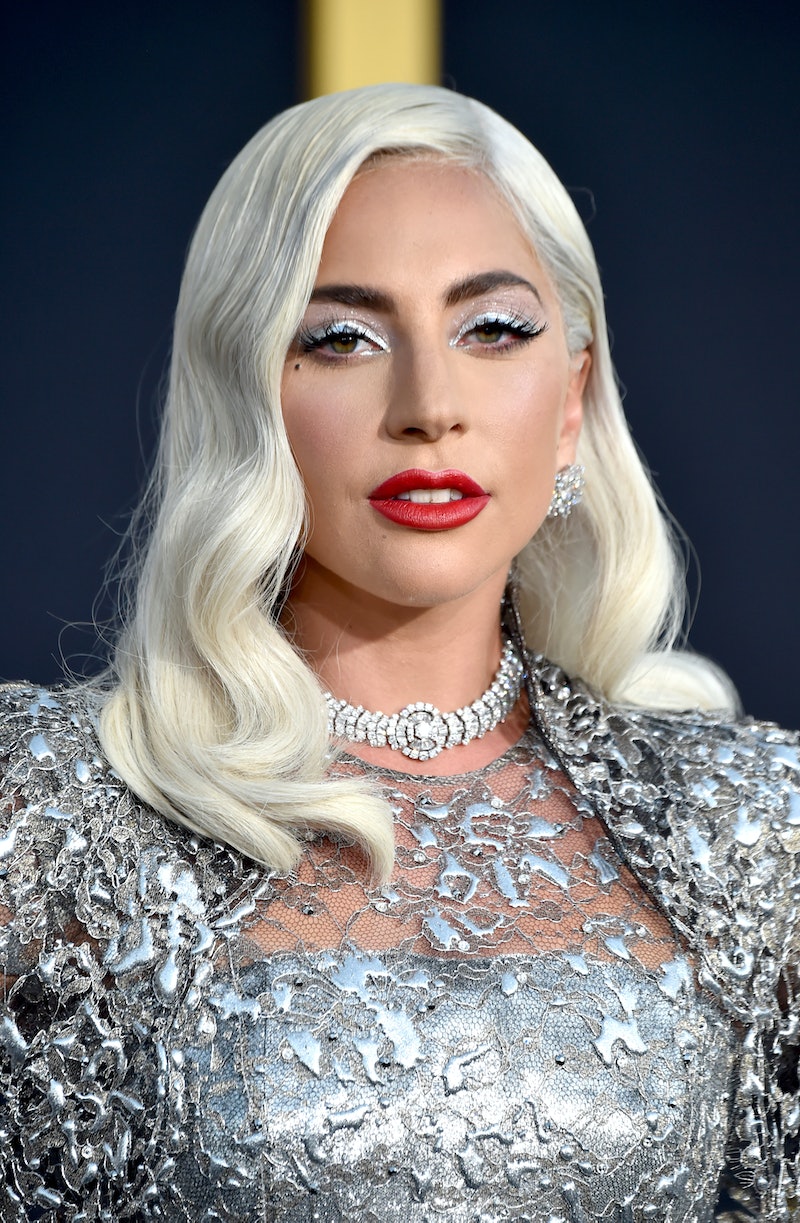 It's been a devastating night for Lady Gaga, who is now reportedly offering a hefty sum of money for the return of her dogs after her dog walker was shot on Wednesday, Feb. 24. According to TMZ, the singer's dog walker was out in Hollywood with her three French Bulldogs at around 10 p.m. when a gunman came up from behind, shot him, and got away with her dogs Koji and Gustav.

Although details are slim at the moment, TMZ's report claims the gunman may have not been acting alone and that they are still on the loose. The outlet's sources also say that all three of Gaga's dogs were present, but that 7-year-old Miss Asia ran away and was later found and picked up by the pop star's bodyguard. Gaga, for her part, is reportedly in Rome working on a movie. However, she is "extremely upset" and has offered $500,000 for the return of Koji and Gustav "no questions asked." Bustle has reached out to Gaga's reps for comment but did not immediately receive a response.

Fortunately, TMZ is reporting that Gaga's dog walker is expected to make a full recovery. The outlet also said that whoever has the dogs in their possession can retrieve the $500,000 reward by emailing KojiandGustav@gmail.com. At this point, it remains unclear if the thieves behind the attack knew that the dogs belonged to Lady Gaga. We'll update this story as more information becomes available.

More like this
Where Is Armie Hammer’s Ex-Wife Elizabeth Chambers Now After 'House Of Hammer'?
By Grace Wehniainen and Radhika Menon
Tristan Thompson Proposed To Khloé Kardashian & She Said No
By Jake Viswanath
Kylie Jenner Goes Into Labor & Welcomes Her Baby On 'The Kardashians'
By Jake Viswanath
Confusion Reigns After Kanye Changes His Instagram Profile Pic To Kris Jenner
By Jake Viswanath
Get Even More From Bustle — Sign Up For The Newsletter