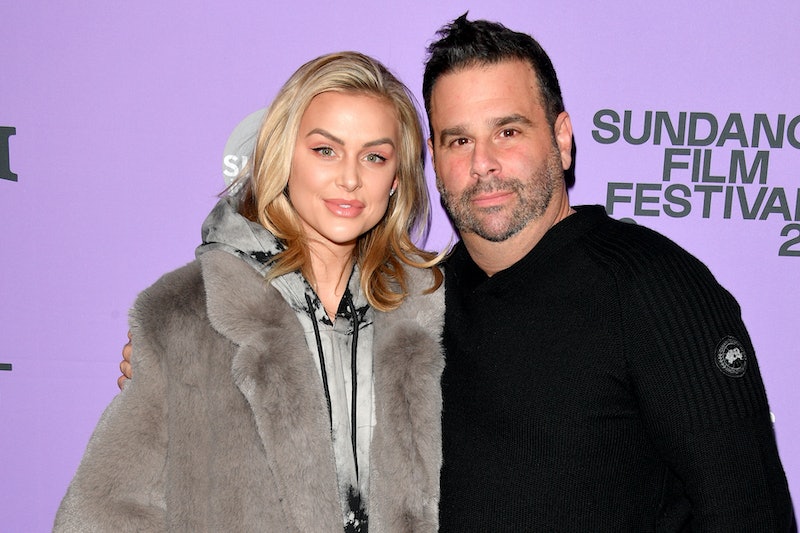 At this rate, SUR is about to turn into a nursery — or should we say nurSURy. Lala Kent is pregnant with her first child, as she and fiancé Randall Emmett announced during the Sept. 2 episode of their podcast Give Them Lala... With Randall. The news comes a few months after her friend and former Vanderpump Rules co-star Stassi Schroeder announced that she was expecting her first child with fiancé Beau Clark.

The couple revealed the exciting news to commemorate Kent's 30th birthday, which also falls on Sept. 2. "I'm, like, shaking right now because I can't believe that it's, like, a real-life thing," she said, as per Entertainment Tonight. "I cry about everything but today it's very much happy tears. For my 30th birthday I have the best gift given to me, my body also helped out too, I am pregnant."

Emmett also joined in on the announcement, yelling, "Lala Kent, soon to be mother!" This will mark the third child for Emmett, who shares two kids with his ex-wife, You star Ambyr Childers. And thanks to her stepchildren, Kent says she feels more than ready to be a mom. "I feel very maternal and motherly," she said.

In a separate interview with ET, Kent revealed that her and Emmett were trying to get pregnant during quarantine, in light of the fact that their wedding, originally scheduled for April, was indefinitely postponed due to the COVID-19 pandemic. And her timing with Schroeder's pregnancy is no mere coincidence. She revealed she that made a "pregnancy pact" with her Vanderpump Rules co-stars Schroeder, Katie Maloney-Schwartz, and Brittany Cartwright. "We all have families that live somewhere different, so, to us, if we have babies together, they'll be like cousins," she said. "They'll all be in the same age group and we can celebrate birthdays together. So, I know it sounds corny and like a Lifetime movie, but that's what we're doing."

Not only will Kent have the support of her Pump Rules girls, but she may also have help during her pregnancy from Megan Fox, who apparently offered to be Kent's doula, according to the outlet. This baby will have a lot of love surrounding them – and considering these (former) SUR employees, a lot of drama as well.