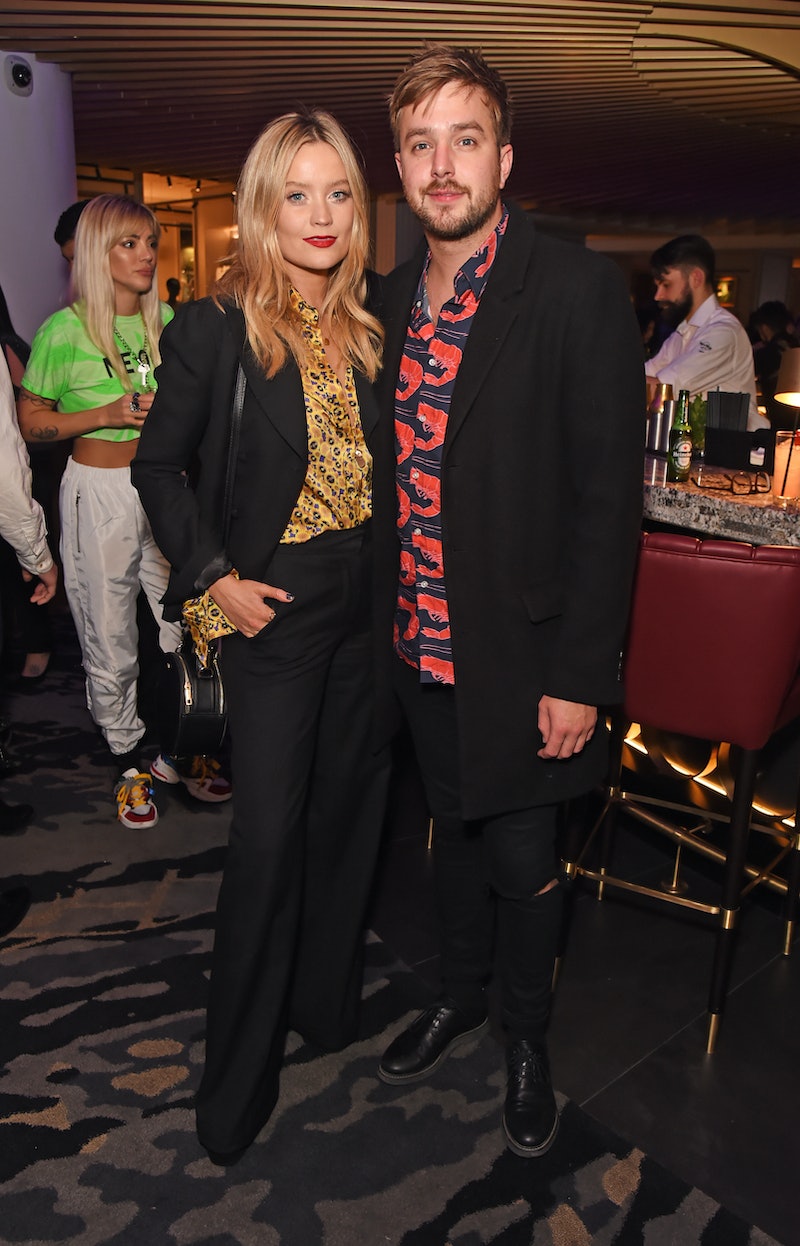 Love Island presenting duo Laura Whitmore and Iain Stirling are expecting a baby in 2021. The couple made the announcement on Dec. 16 via two separate (and very cute) Instagram posts.

Whitmore shared the news with a picture of a baby grow adorned with the slogan "Sweet Child O' Mine." The image also featured the words "Coming 2021". In her caption, Whitmore explained that, although she's "always tried to be protective over the personal side of [her] life," she was now ready to share the good news. She added: "and I’m gonna be honest it’s starting to look like my lock down beer belly is out of control."

She continued, "Iain and I are expecting a baby early 2021. It’s been hard to keep such happy news quiet. Especially the times when I’ve had to run out of live radio to get sick in a bin or my penchant for a bowl of mashed potato in the morning. I wasn’t hungover like everyone thought. In fact I was completely sober filming the entire series of Celeb Juice, which is quite the accolade!"

Whitmore finished her caption by asking for their privacy to be "respected."

Whitmore & Stirling's relationship timeline dates back to 2016, but the pair waited until August 2017 to go public. In December 2018, the pair moved in together – with Whitmore's dog Mick in tow.

Most recently, rumours have been circulating that the pair tied the knot in secret during lockdown. In November 2020, eagle-eyed viewers spotted what appeared to be a wedding ring on Stirling's finger during his appearance on Loose Women and, a month later, The Sun newspaper published what they claimed was the couple's marriage certificate. Bustle has reached out to reps for both stars for comment on the marriage reports, and we'll update this piece when new information becomes available.

More like this
No, Adam Collard *Still* Isn’t Collarding
By Victoria Sanusi
MTV’s 'Are You The One?' Is Getting A UK Makeover
By Sam Ramsden
Selena Gomez Has Been Spotted Having Fun With A Top Film Producer
By El Hunt
A Major 'Love Island' Finale Twist Left Fans Unhappy
By Bustle UK
Get Even More From Bustle — Sign Up For The Newsletter