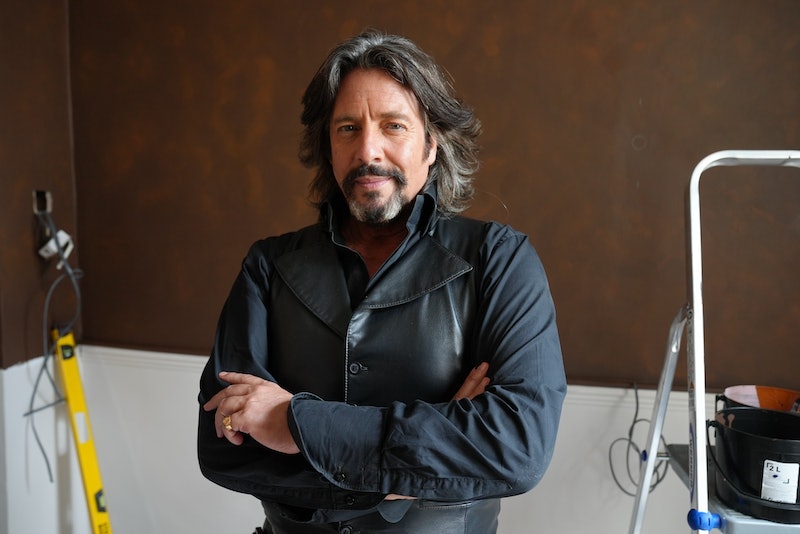 News that Channel 4’s iconic home-DIY series Changing Rooms is returning to our screens has resurfaced an infamous moment that the show’s former star, Linda Barker, would probably rather forget. I am, of course, referring to what is now commonly known as the Changing Rooms teapot disaster.

For context, the disaster occurred in an episode of the show’s original run, during which interior designer Barker was given the task of redecorating a South London flat. Per HuffPost, Barker was instructed to display the flat owner’s expensive and sentimental teapot collection in a simple corner cabinet. However, opting for a more modern design, Barker decided to place the collection on a hanging shelving unit instead. Sadly, disaster struck when the shelves collapsed to the floor, smashing the £6,000 teapot collection to pieces.

More than 20 years later, you’ll regularly stumble upon viral clips of the incident on social media, and, for many, the Changing Rooms teapot debacle has become a certified British pop culture staple. The episode has even been reimagined through the art of drag performance.

Appearing on ITV’s This Morning, Changing Rooms legend Laurence Llewelyn-Bowen commented on the famous teapot catastrophe ahead of the reboot’s debut. “...tomorrow night I take a moment to try and lay the ghost of the teapots. So you know, just to see whether we can move on,” he told Eamonn Holmes and Ruth Langsford.

Per Metro, he added that mishaps such as the teapot incident are “the joy” of the Channel 4 series. “For the last 25 years I’ve been doing this all over the world, and it’s always so manicured and so choreographed and you float down and everything goes right.” Llewelyn-Bowen concluded, “Changing Rooms is so rock and roll, it’s so naughty, it’s so dirty. Actually, if the paint doesn’t dry or the teapots break, that’s at the centre of the show.”

Although, the owner of the destroyed teapot collection isn’t quite so enthusiastic, and speaking to the Guardian in September 2020, revealed that she still doesn’t “feel very good” about what went down on the show.

As mentioned, Llewelyn-Bowen is to make his long-awaited Changing Rooms return for the show’s Channel 4 reboot, during which he is joined by fellow host Anna Richardson, interior design duo Jordan Cluroe and Russell Whitehead, as well as the carpenter and joiner Tibby Singh. Each episode of the new series will see two pairs of homeowners from the same neighbourhood work against the clock to renovate a room in each other’s homes — and let’s hope the design team don’t destroy any family heirlooms this time around.