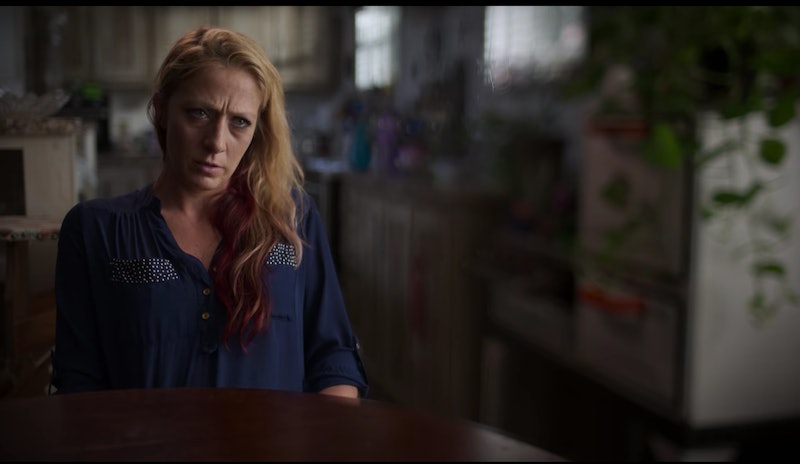 True crime obsessives and amateur sleuths everywhere have been doing their best to crack the cold cases featured on Netflix's reboot of Unsolved Mysteries, and their passionate discussions may have uncovered new evidence in one of the season's biggest mysteries. Reddit's theories about Lena Chapin's episode of Unsolved Mysteries may have led to the discovery of new evidence and clues that could help solve her mysterious 2006 disappearance.

According to the episode, Chapin claimed that when she was 13, her mother Sandy Klemp coerced her into helping her dispose of her stepfather's body after she murdered him. After the guilt got to be too much, Chapin finally opened up about the murder to her stepfather's brother when she was 17 — but when he got the authorities involved, Chapin recanted her confession. However, in 2006, just before Chapin turned 21 and was legally able to testify against her mother, she suddenly vanished, leaving her young son behind. Chapin's sisters believe that Klemp killed her in order to keep her quiet, but they haven't been able to find any evidence of Chapin's death, or any evidence of their mother's guilt.

Reddit users attempting to uncover new evidence about Chapin's disappearance have gotten some help from Netflix, which shared previously unreleased footage with the r/UnsolvedMysteries subreddit, along with a Google Doc full "with all the assembled evidence, case files, interviews, and video clips for each story that didn't make it into the final episodes."

One of the biggest bombshells that came from the Netflix's unreleased clips is the revelation that police had questions about Chapin's story from the beginning. When she opened up about her involvement in the death of her stepfather Gary McCullough, his brother (and her former stepfather) Albert secretly recorded the conversation; audio from that recording can be heard in the episode, sharing Chapin's account of what happened. "He was sitting on the couch, eating scrambled eggs. She walked out and shot him three times in the head. Two, maybe three times..." Chapin recounted. "She locked the door and we got home. Mom made me stay in the bedroom. She didn’t want me to see him. But I’d already seen him. ’Cause I looked through the door. I didn’t believe it and I wanted to see."

But according to one of the new clips, investigator Brian Martin revealed that when McCollough's truck was recovered, it seemed to poke a few holes in Chapin's story. "When he did find Gary’s truck was there was one place to sit and that was the driver’s seat," Martin recounts. "You could sit on the passenger side, but you couldn’t put your feet on the floor as there was so much litter." However, Martin added that during "the one interview I did get with Lena," she claimed that she had taken a ride with McCollough, but sat on the floor to avoid being seen. "I commented to the other investigators that were there: ‘Nobody has sat on that floor for a long time.'"

However, authorities do have testimony from someone other than Chapin that McCollough was murdered. In Netflix's Google Doc, Martin revealed that not long after McCollough disappeared, Jennifer Klemp — the ex-wife of Khris Klemp, who was dating Chapin's mother at the time — told police that Kris admitted to plotting the murder during an argument. "She said they were having a screaming match and he said something to the effect of ‘I can’t worry about this stuff right now. I’ve got to worry about killing a man,'" Martin recalled.

While most of the big news pertained to McCollough's disappearance, there was one revelation about Chapin in the community. A Reddit user claiming to be related to McCollough and Chapin revealed that Klemp "randomly showed up" at Chapin's apartment on the day that she disappeared and claimed that she had "run off to Florida. "Soon after ... the landlord did complete renovations due to blood stains on the carpet," and that "when the carpet was pulled up, a giant blood stain was found on the wood below" as well. However, a 2016 article from The Salem News Online refutes that claim, writing that "no mention was made in the report of any suspicious stains on the carpet" when the landlord spoke to Dent County authorities.

While it's unclear whether or not any of the evidence uncovered by Reddit sleuths will finally give Chapin's family the answers they're searching for, it's clear that plenty of people are hoping to help solve this particular mystery, once and for all.