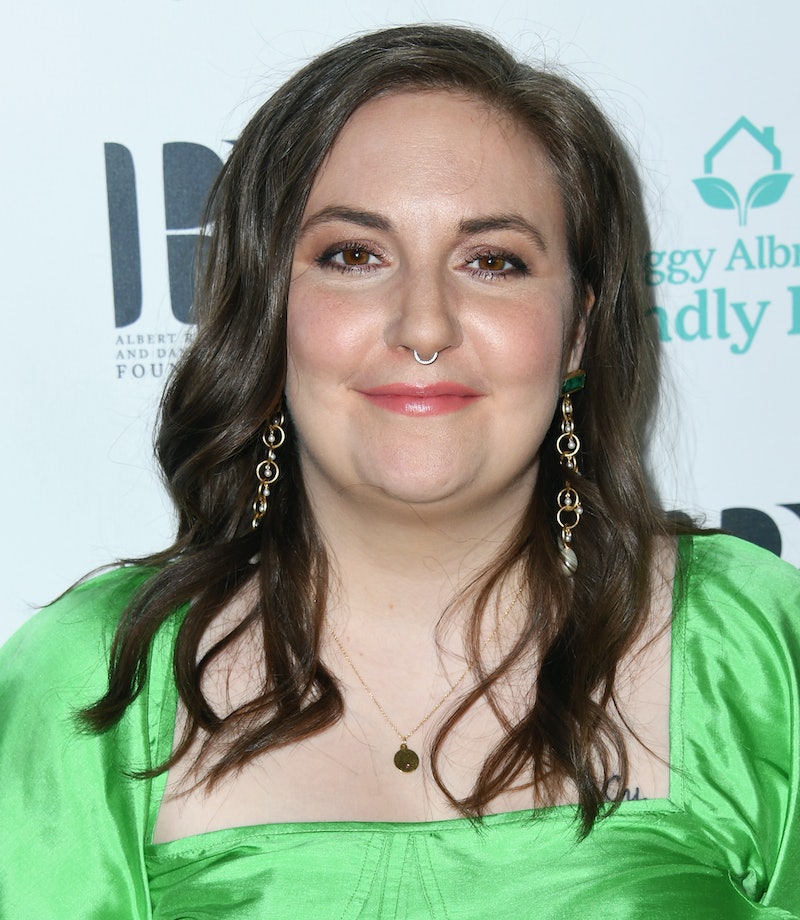 Following the launch of her plus-size clothing line, Lena Dunham discussed the body positivity movement during an interview with The New York Times, saying it’s “complicated.” Dunham, whose own body has been subject to much public scrutiny since Girls premiered in 2012, said that so-called body positivity can feel like it’s “for the privileged few who have a body that looks the way people want to feel positive.”

Dunham then described the ways in which she feels her body type doesn’t fit those ideals. “I have a big stomach, I always have,” she said. “That’s where I gain my weight — especially after early menopause, I have a straight-up gut, like an old man — and that’s not where anybody wants to see flesh.”

Admitted to having a “complicated and very public relationship” with her body, the Once Upon a Time in Hollywood actor said it has been made more difficult by a series of personal and medical concerns over the years. Dunham added that she’d had “a lot of body hatred in lockdown” and expressed her discomfort with certain terminology such as “plus” or “curve.”

The actor told the publication that her experiences working in Hollywood were part of her motivation to start a clothing line, which she designed in collaboration with Danielle Williams Eke for 11 Honoré. The brand, which was founded in 2017, specializes in designer women's clothing, sizes 12 to 24. On March 26, Dunham revealed her plan for the clothing line on her Instagram and further discussed her past experiences with the fashion industry. The director said that even the designers who “embraced [her] plus size body” went on to imply that doing so was “bravely risen to some kind of ‘challenge.’”

Dunham said she hopes her clothes create a space “where the question of whether a plus body will be embraced by the clothes is a non-issue, and the clothes are not demanding that a plus woman hide.” She added that the line was also meant to be a tribute to “the plus women who have inspired [her] to feel at home in [her] curvy complex body,” noting that being able to express her gratitude to them “is such a gift.”