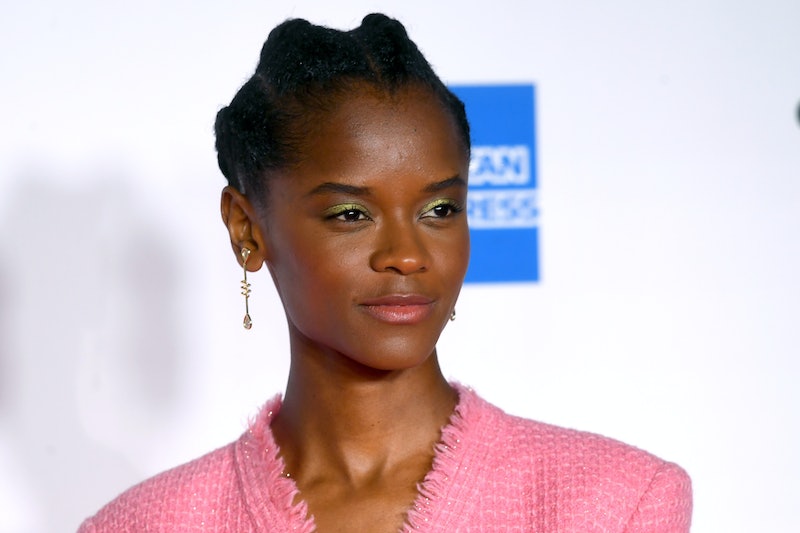 Chadwick Boseman's Aug. 28 death after a secret four-year battle with colon cancer came as a shock to many — including his Black Panther co-stars, who were gearing up to film the movie's highly anticipated sequel. Now, the cast and crew are trying to figure out how to move forward without him. “We’re just still mourning Chad, so it’s not something I even want to think about," Letitia Wright, who plays Shuri in the Marvel franchise, said of Boseman in an Oct. 19 interview with Net-a-Porter. "The thought of doing it without him is kinda strange. We’re just grieving at the moment, so it’s trying to find the light in the midst of it."

Boseman played King T'Challa in four Marvel films, including Captain America: Civil War and two Avengers movies. Thanks in part to his leading role, Black Panther became one of most successful superhero movies of all time, earning over $1 billion at the box office and landing a Best Picture nomination at the 2019 Oscars. Boseman was set to reprise T'Challa in the Black Panther sequel, which was scheduled for release in 2022. According to The Hollywood Reporter, Boseman believed that he would be able to recover enough to start preparing for the sequel, which was expected to start production in March 2021.

Neither Marvel nor its parent company Disney have confirmed if or how the sequel will move forward in light of Boseman's death. However, fans have some theories about how the story can continue without him. Though Marvel has a long history of recasting roles, replacing Boseman could be seen as distasteful and cause potential backlash. Instead, fans think that Shuri will step up and become the Black Panther in her brother's place. This apparently aligns with a storyline from one of the comic books that the film is based on.

Regardless of what happens, Boseman's impact will surely be felt in the sequel, even if we're never able to see the movie it would have been with him. "I spent the last year preparing, imagining and writing words for him to say, that we weren’t destined to see," director Ryan Coogler wrote in an emotional tribute to the actor. "It leaves me broken knowing that I won’t be able to watch another close-up of him in the monitor again or walk up to him and ask for another take."

More like this
'Wakanda Forever' Is Already Opening Doors For Mabel Cadena
By Grace Wehniainen
'Black Panther 2' Star Dominique Thorne Prioritizes Her Career Over Dating
By Jake Viswanath
You Definitely Know The Voice Of Shuri's AI In 'Black Panther: Wakanda Forever'
By Brad Witter
Keke Palmer Finally Showed Angela Bassett Her Famous Impression Of Her
By Stephanie Topacio Long
Get Even More From Bustle — Sign Up For The Newsletter