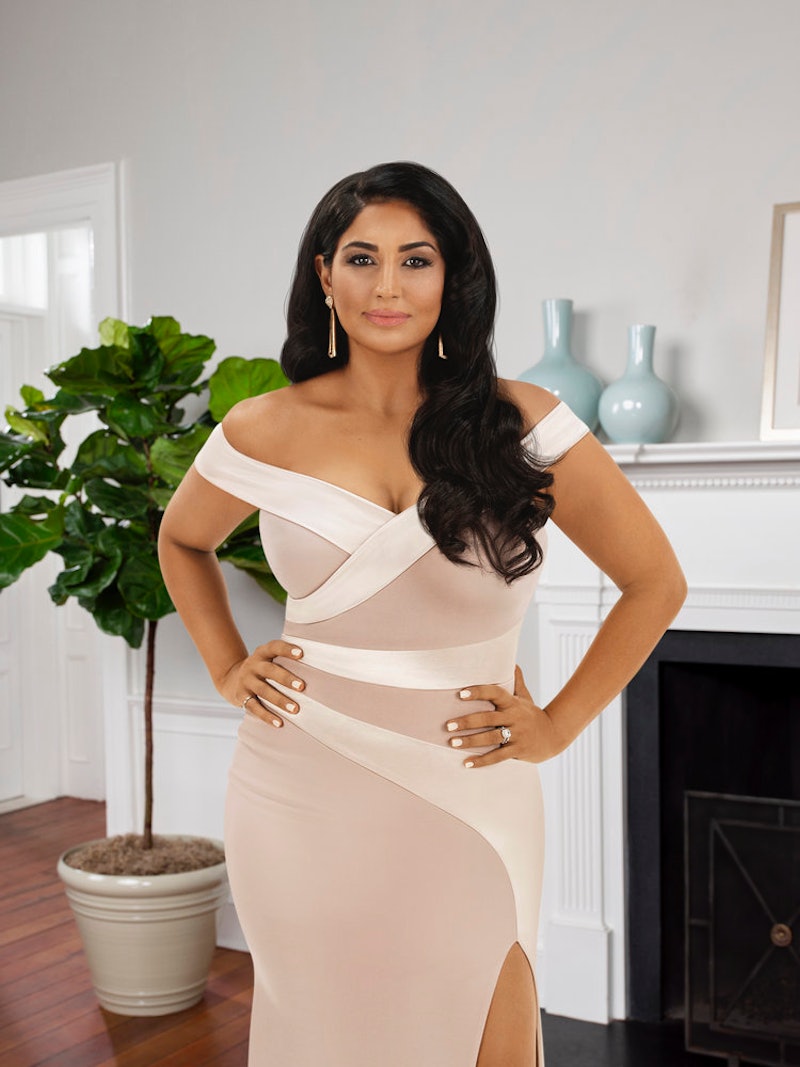 "In the beginning, Kathryn was really wanting to sort of like bury her head in the sand, I think. And don't get me wrong. It’s Southern culture to not really address tough stuff," Leva told Us Weekly. "It's like, 'Everything is fine and bless your heart and pass the gravy.' … I also think that Kathryn had to have some adult conversations … she couldn’t be the victim. I would like to think I was the friend she needed … but it took some pulling. I just think dialogue is so much more effective."

Fans will get to see Leva's dialogue with Kathryn about race on the new season, but for now, get to know Leva a little better.

Who Is Leva Bonaparte From Southern Charm?

Per her bio, Leva's been a Charleston resident for 18 years, so she knows her way around the town and has run in the same circles with the Charm-ers for a while. She was even on a couple of episodes last year. Charleston is also where she met her husband Lamar Bonaparte; the two now share a son.

Leva's in business with her husband, and the duo co-owns several restaurants and nightclubs together. Per her Instagram bio, they own Mesu, a sushi and Mexican fusion restaurant; Republic Garden & Lounge, a nightclub; Bourbon N 'Bubbles, a luxury bar; and 1st Place, a sports bar.

The reality star uses her social media page as half promotion for her businesses and half a place to save all of her son's cutest photos. She doesn't share many pictures of her husband, as he seems to prefer a more private life. But she does share a ton of photos of their little boy.

And she's good for a mouth-watering food shot every once in a while as she promotes her various businesses.

She's Been Friends With The Cast For A While

Leva seems to be closest to Craig, and their friendship goes way back. He attended the opening of her restaurant Mesu last year.

Since Leva's already been part of the Southern Charm crowd for a while, she should fit into the main cast seamlessly in Season 7.