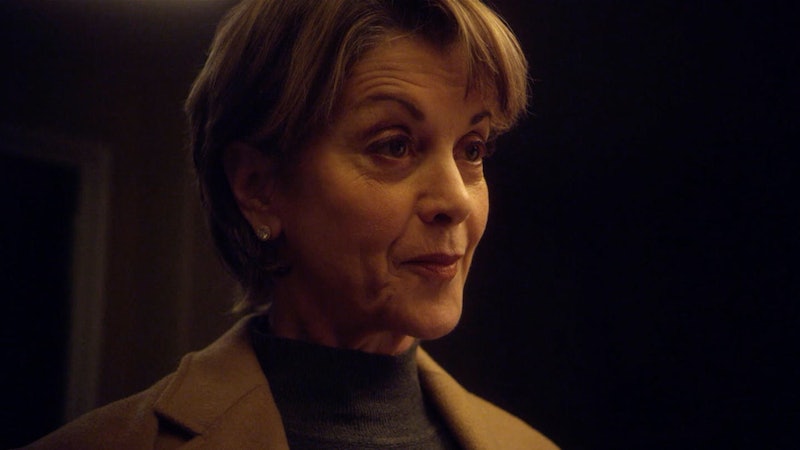 Judging by the name of Lifetime's newest movie, Deranged Granny is going to be a wild ride. Lifetime movies typically fall into one of two camps: they're either based on true stories — usually relating to celebrity scandals or high-profile crime cases — or they're absurd melodramatic fiction. Deranged Granny is in the latter category, as you can probably tell from its rather ridiculous plot synopsis:

Barbara finds her last hope to be a grandmother when her son, Ethan, falls for Kendall, a divorcée with children. At first kept at arm’s length, Barbara quickly infiltrates the family by using devious tactics to win over Kendall’s kids. Unannounced visits escalate to murder as Barbara will do anything to protect her relationship with her grandchildren. With her life in danger, Kendall must outsmart her mother-in-law to save her children and expose Barbara for who she really is.

The film's trailer ratchets up the absurdity even further, with TV veteran and two-time Emmy nominee Wendie Malick hamming it up as a cartoonishly villainous grandma with a penchant for poisoning people with rat poison. At one point, she literally tells her grandchild, "I hope you like the taste of poison!" C'est magnifique!

Despite the inanity, the movie's storyline does actually have some historical basis. While by no means common and certainly not as melodramatic as in the film, there have been some real-life instances of grandmothers poisoning their families. Famed serial killer Nannie Doss, aka "The Giggling Granny," is believed to have murdered 11 people over three decades, including two of her grandchildren. Though her methods varied, poison was seemingly her favorite, and in at least one instance, she allegedly used rat poison to do the deed. Then there's the case of Dorothea Puente, an elderly woman who ran a boarding house in California. She was accused of poisoning her elderly tenants and collecting their social security checks, and was ultimately convicted of murder.

In a fascinating essay for Vice, writer John Reed also accused his grandmother of poisoning him and everyone else around her for decades, resulting in several deaths. "But here's the thing: You don't want to believe your grandmother is poisoning you," Reed wrote. "You know that she loves you — there's no doubt of that—and she's so marvelously grandmotherly and charming. And you know that she would never want to poison you. So despite your better judgment, you eat the food until you've passed out so many times that you can't keep doubting yourself."

Hopefully the kids on Deranged Granny don't stay in denial quite as long.