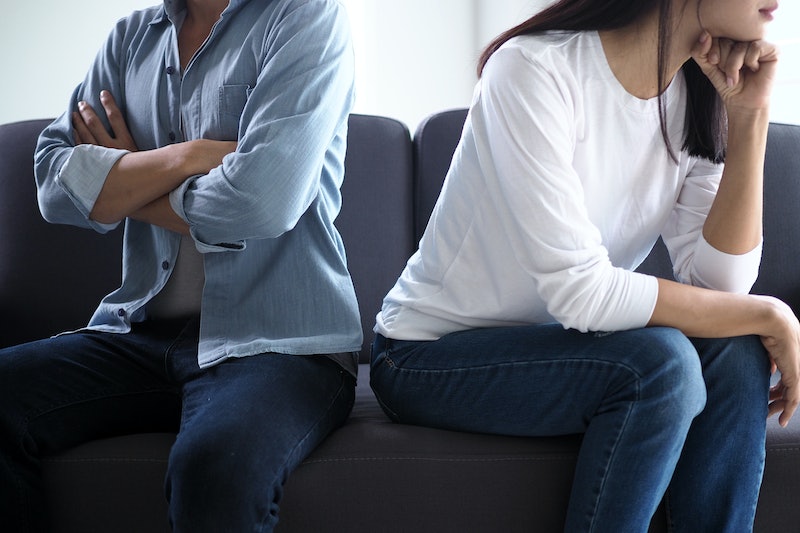 Prepare yourself for some messy family drama. Lifetime’s Psycho Sister-in-Law, premiering on Sunday, follows Haley and Nick Downs, a happy young couple expecting their first child. But when tragedy strikes and Nick’s father dies unexpectedly, things go from bad to worse, particularly after his half-sister Zara shows up with a hidden agenda that could put Haley, Nick, and their unborn child in serious danger. Zara wants her father’s fortune and Nick’s baby all to herself and there’s no telling the lengths she’ll go to in order to get them.

The film has all the makings of a classic Lifetime thriller: danger, intrigue, betrayal. And even though Psycho Sister-in-Law isn't based on a true story, there's one aspect of the movie that rings true to life: siblings fighting over inheritance money. As geropsychology expert Aladdin Ossorio, PsyD explained to Forbes in 2016, this is likely common because we live in a money-obsessed culture. "Maximizing one’s financial position is a primary motivator. The opportunity to obtain money overrides ethical behavior around the source of the money,” Ossorio said.

Of course, Zara is an extreme example, but it makes Psycho Sister-in-Law all the more juicy. Find out if she succeeds in her scheme on Aug. 16 at 8 p.m. ET.