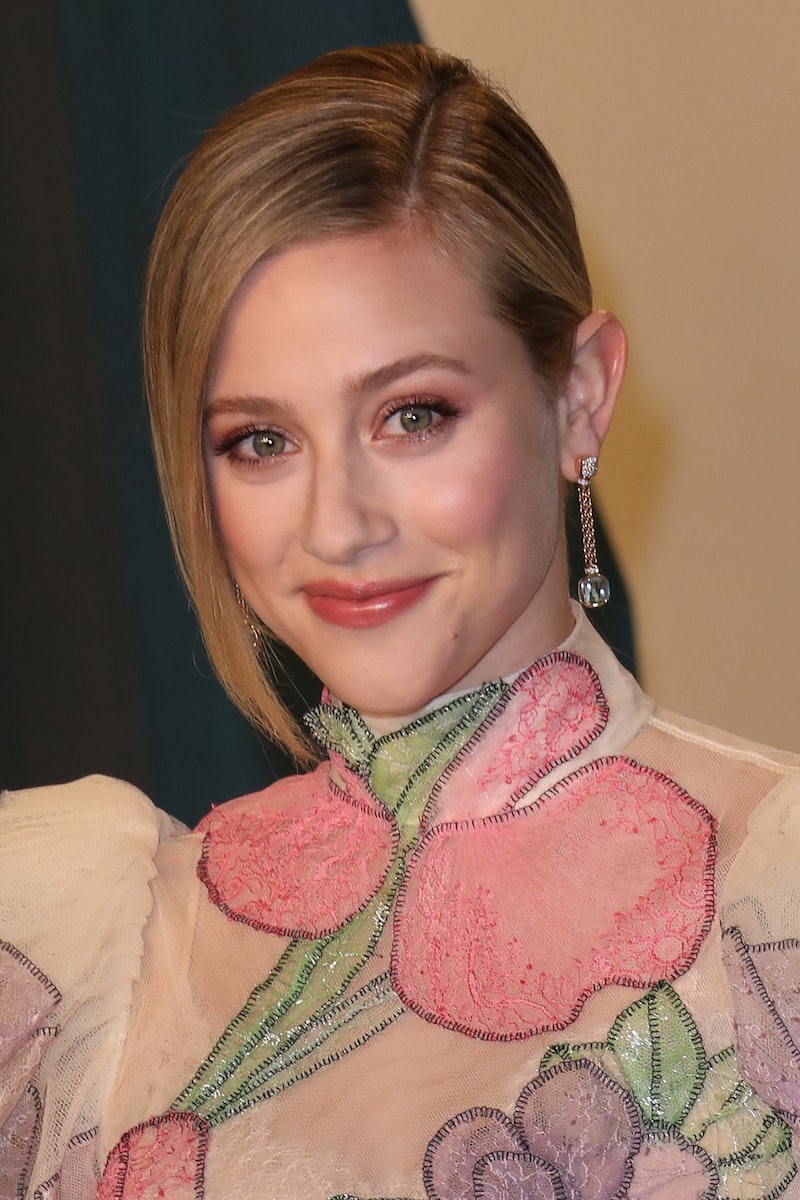 After an unidentified person fed false information to the Riverdale fandom, Lili Reinhart addressed the impersonator's Seventeen interview via her Instagram stories. "For some reason, someone impersonated me in an interview with @Seventeen," she told fans. "Nothing inappropriate was said. But those were not my words and I wanted to address it."

On Friday, Seventeen issued an apology to Reinhart on Twitter, informing followers the interview had appeared briefly online before their team learned that the star had not, in fact, been the one answering the questions. "We want to sincerely apologize to Lili and her fans for this unfortunate situation," the magazine wrote. "We take full responsibility and will be internally reviewing our editorial and fact-checking processes to ensure something like this does not happen again."

The Reinhart impostor didn't stop with one interview, either, according to Buzzfeed; the person also pretended to be her publicist and gave interviews to two publications. The fake source offered unverified details about the new Riverdale season, including that Archie and Betty's romance would continue. On Friday, Daily Express reporter Lucas-Hill Paul issued an apology on Twitter, revealing that he, too, had been duped by the impersonator.

"Obviously, I'm embarrassed and quite disturbed, and sincerely apologize to anyone who was misled by the article," Hill tweeted.

Hill also apologized to Reinhart and the Riverdale fandom in his Twitter thread, writing, "It's clearly been a strange day for Riverdale fans and I can only hope my apology eventually reaches Lili herself." The reporter added, "I'm very sorry someone thought to do this to her, but it's clear they're in a tiny minority of those who just want to watch a fun show."

Riverdale fans reacted to the bizarre impersonator story on Twitter, with some joking that the ploy was set up by fans who ship Archie and Betty or wondering if the development meant Veronica or Archie might still end up together on the series.

Reinhart did not offer further comment on the impostor situation but did tweet a message about people who disrespect her on Saturday, Jan. 23. The Hustlers star wrote, "Honestly, whenever someone hurts me or f*cks me over... I allow myself to feel upset.. but then I say well it’s a good thing I’m a successful, bad*ss boss b*tch."

More like this
Michael B. Jordan Tackled His "Public Breakup" With Lori Harvey On 'SNL'
By Brad Witter
Here’s Everything Coming To & Leaving Netflix In February
By Jake Viswanath
At 28, Debra Jo Rupp Was Living A Much Different '70s Show
By Grace Wehniainen
'GoT' Star Emilia Clarke Says She "Just Can't" Watch 'House Of The Dragon'
By Brad Witter
Get Even More From Bustle — Sign Up For The Newsletter
From hair trends to relationship advice, our daily newsletter has everything you need to sound like a person who’s on TikTok, even if you aren’t.