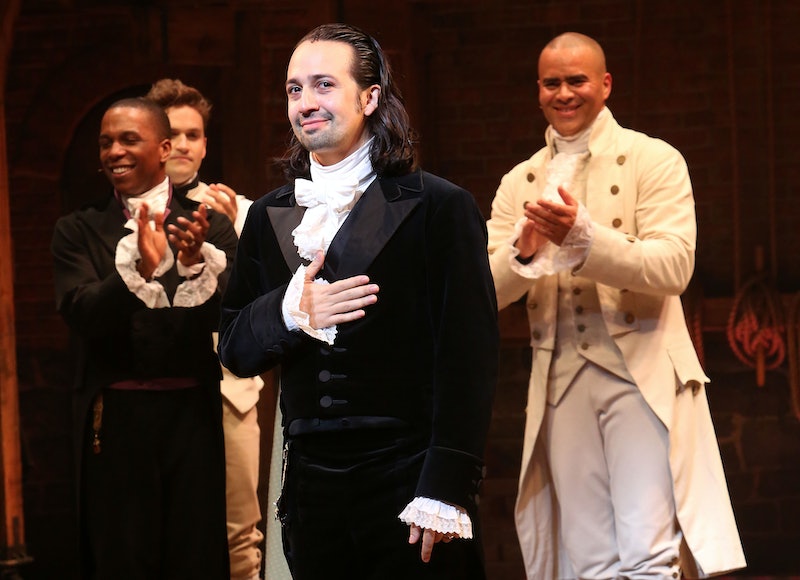 Hamilton fans are reliving their greatest memories or experiencing the original Broadway production for the first time thanks to the musical’s highly anticipated Disney+ premiere on July 3. But with renewed interest come new concerns about the highly acclaimed, Tony-winning musical. And, after a weekend full of live-tweeting, Lin-Manuel Miranda is responding to critics of Hamilton, acknowledging that all criticism of the the show was “fair game.”

In a tweet posted on Monday, Miranda, the show’s creator and writer who also originated the role of the title character, responded to podcast host Tracy Clayton’s Twitter thread, in which she wrote that Hamilton should be criticized — specifically for its treatment of slavery — as this new wave of criticism speaks to people’s increased awareness of social issues and the ability to change opinions, even as a fan of the show. “Appreciate you so much, @brokeymcpoverty. All the criticisms are valid,” he wrote, explaining that he wished that he could have incorporated more information and context into the musical. “The sheer tonnage of complexities & failings of these people I couldn’t get. Or wrestled with but cut. I took 6 years and fit as much as I could in a 2.5 hour musical. Did my best. It’s all fair game.”

In light of its Disney+ debut, Hamilton has been criticized for glossing over the Founding Fathers’ relationships with slavery, specifically within the context of conversations about Black history that have gained popularity in light of the Black Lives Matter movement. While the musical does explicitly acknowledge and oppose slavery, it doesn’t put much emphasis on the fact that many featured historic figures were slaveholders and omitted that the Schulyer family, which Alexander Hamilton married into, were prominent slave-owners in New York State. Specifically, CNN criticized the musical for not stating how the title character often compromised on his beliefs about slavery to fulfill other parts of his agenda.

Miranda has also received flak for taking creative liberties with the show’s historical accuracy for emotional effect. Historians have been debating Hamilton since its premiere in 2015, with many arguing that it “over-glorifies” Hamilton and hides the flaws within his politics to fit the show’s narrative, as reported by the New York Times. Vox even called the musical “fanfiction,” which could be a positive defense of the show's creative liberties or an argument against its historical validity, depending on who you talk to.

Miranda has addressed this in the past, saying that he took historical accuracy very seriously but acknowledging that he did veer off-course occasionally. “I felt an enormous responsibility to be as historically accurate as possible, while still telling the most dramatic story possible," he said to The Atlantic in 2015. "And when I did part from the historical record or take dramatic license, I made sure I was able to defend it… because I knew that I was going to have to defend it in the real world. None of those choices are made lightly."

More like this
Then Vs. Now Photos Of The 'Enchanted' Cast In 2007 & The Sequel's Stars In 2022
By Marina Watts
Twitter Is Very Torn About The Winner Of 'Dancing With The Stars' Season 31
By Jake Viswanath
Millie Gibson Still "Can’t Believe" She Was Cast As Doctor Who's Companion
By Brad Witter
The 'Love, Lizzo' Harry Styles Scene Is Just 1 Moment That Made Fans Feel Seen
By Brad Witter
Get Even More From Bustle — Sign Up For The Newsletter