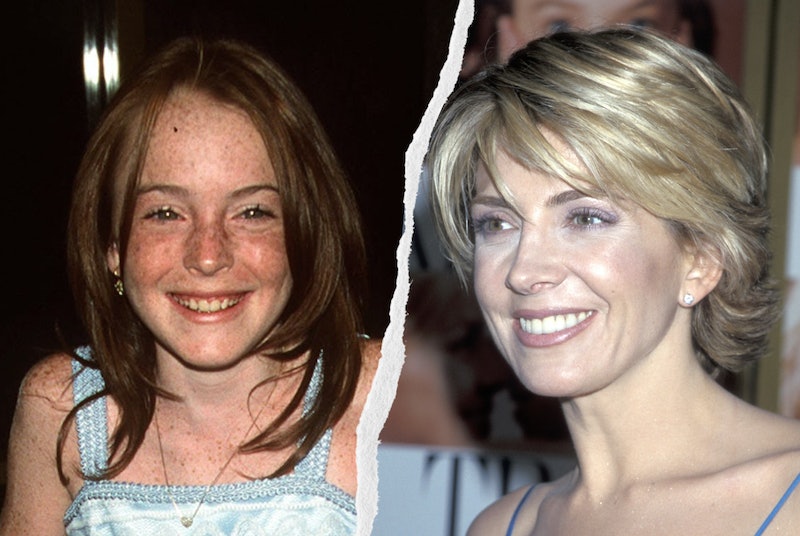 The late Natasha Richardson — who would have turned 58 on May 11, 2021 — was in The Parent Trap co-star Lindsay Lohan’s thoughts this week. With a simple “Happy Birthday Angel” caption, Lohan shared a photo of the pair on Instagram from the set of the movie, which came out in 1998. In the photo below, Lohan (who played twins Hallie and Annie in her film debut) stares lovingly up at Richardson (who played her on-screen mom) as the two walk outside. Lohan’s brother Dakota added heart emojis in the comments, and her mother Dina wrote, “God Bless her 🙏🏻💋🙏🏻.”

Richardson passed away suddenly at the age of 45 in 2009 of an epidural hematoma after suffering a head injury while skiing in Mont Tremblant, north of Montreal. The Parent Trap, a remake of the 1961 Disney film, was one of her most memorable roles. In 2020, the cast of The Parent Trap reunited and reminisced fondly about Richardson. “Natasha had such an elegance and grace, and she was so maternal to me,” Lohan remembered. Dennis Quaid, Richardson’s on-screen ex, remembered that she was “somebody so giving and so glad to be there and transmitted that joy of being able to do what we do. It just made everything that much better.”

Richardson also starred in Asylum and Maid in Manhattan. She came from acting royalty. As the daughter of director Tony Richardson and actor Vanessa Redgrave, many of her relatives — including sister Joely Richardson — were also actors. She was married to film actor Liam Neeson and had two children with him.

Elaine Hendrix, Quaid’s character’s girlfriend and epic villain in the film, had this to say: “She would come into the hair-and-makeup trailer and she would literally swoon over talking about Liam and her kids, and she would call him ‘my Liam’ ... They truly seemed to have it all, which, to me, made what happened even more heartbreaking.”