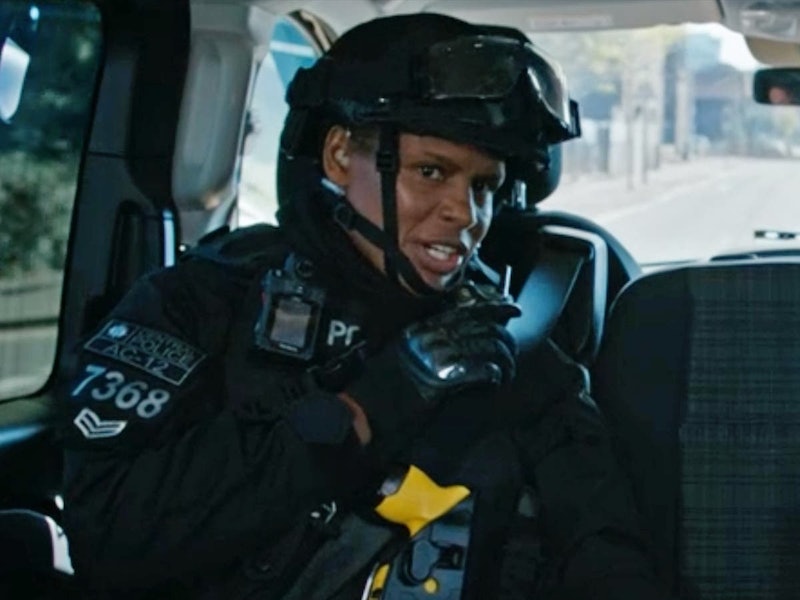 Line Of Duty star Sherise Blackman has spoken out about a horrifying ordeal in which two men attempted to abduct her 11-year-old son in East London last week. The actor, who plays Ruby Jones in the series, has said she was let down by the lack of support from the police following the incident, saying the officers she spoke to tried to “fob off” what happened.

The incident took place on Friday, April 30, Blackman explained, when her son was on his way home from school. “My son got off a bus he usually takes around where he lives. He normally gets off and walks like 200 yards home but the bus was on diversion so it took him to Croydon Road,” she told the Evening Standard. “He got off there because he recognised where he was and knew he was not far from home.”

Shortly after getting off the bus, the child was offered a lift home by a man in a black van, to which her son refused. Then two men appeared and began to follow him, which caused the boy to pick up speed and run into a nearby basketball court, where two teenagers were playing a game.

“The two men then followed him into the tennis court and said to the teenage boys ‘oh he’s with us’ at which point he [Ms Blackman’s son] said ‘I don’t know them,” Blackman explained, before sharing that the two teens then blocked the entrance to the court and told him to run home.

“When he ran into that court and those two boys were there, he thought they would protect me and they did,” she said. “I would love to know who they were just to thank them,” she said.

Following the ordeal, police visited the actor’s home that weekend, but Blackman says they didn’t seem to take the incident seriously. According to Blackman, the police were asking questions about whether the boy had issues with other children. “I could see where they were going with this and I was like no it wasn’t that. My son is a very smart little boy – he sensed danger. But they were trying to fob it off,” she said.

It was then decided that no investigation would take place. “They made my son go through the whole rigmarole of explaining it and the poor thing was really nervous, only to say a crime hasn’t actually been committed,” said Blackman.

The Met Police are now investigating the incident, and have admitted their initial response was “not sufficient.”

Superintendent Andy Brittain, from the South Area Basic Command Unit (BCU), which covers Bromley borough, said: “I fully acknowledge our initial response was not sufficient given the extremely worrying circumstances of this incident.

“The matter was reviewed and detectives are carrying out further investigation which remains ongoing. CCTV of the area is currently being reviewed to identify any possible suspects. Detectives have been in touch with the boy’s parents to update them on the investigation so far, and will continue to keep them informed of any developments.”

He added: “I would also appeal to anyone who witnessed this incident to come forward and speak to officers, especially the two men playing tennis that the victim approached for help.”

One man involved has been described as white and approx 5ft 10in tall, and the other is 6ft tall.

If you have any information that could assist in this case, you should call police on 101 quoting reference Cad 5322/30Apr.

More like this
Rita Ora Finally Opened Up About Marrying Taika Waititi & Their "Perfect" Wedding
By Sophie McEvoy and Catharina Cheung
Pret & Costa’s Coffee Is The Strongest On The High Street, According To Which?
By Sam Ramsden
Twitter Has *A Lot* To Say About The "Single Penalty”
By Sam Ramsden
Watch Jacinda Arden’s Devastatingly Honest Resignation Speech
By Sam Ramsden
Get The Very Best Of Bustle/UK
Sign up for Bustle UK's twice-weekly newsletter, featuring the latest must-watch TV, moving personal stories, and expert advice on the hottest viral buys.