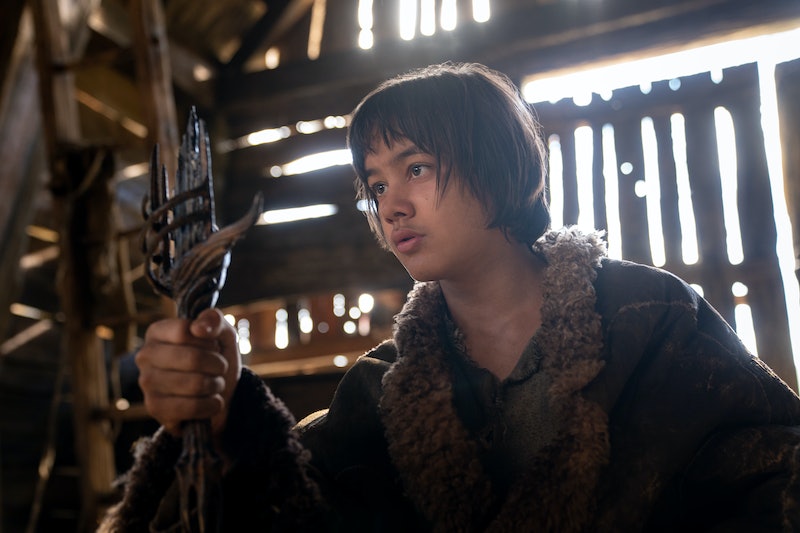 Get ready to see Tyroe Muhafidin everywhere. Besides playing Theo in the new Amazon Prime series The Rings of Power, the 17-year-old actor is juggling a music career and making a big entrance on the red carpet with some high-fashion ’fits.

The buzzy Lord of the Rings prequel is Muhafidin’s first major project, which he filmed while still in school and taking classes. “It’s taken me about a year to convince my friends that I’m not just an extra,” he joked in a recent interview with Today. “Whenever I wasn’t on set, I was in my trailer doing school or in my hotel room doing school.”

Muhafidin said that he was “ecstatic… bouncing off the walls” when he found out that he landed the part of Theo, which was created specially for the Amazon production and doesn’t appear in J.R.R. Tolkien’s books. In a red carpet interview, Muhafidin said that he “didn’t have much to work with in terms of source material” due to the newness of his character, so the preparation involved “mostly just learning about the world that I was in.”

Born in Perth, Western Australia, Muhafidin has already made a splash in the fashion world. His style is a Y2K riff on Harry Styles, replete with colourful oversize cardigans, pearl necklaces, and alternative takes on tailoring. Menswear bible GQ has even taken note, having profiled his red carpet style.

Muhafidin is also making a name for himself in the music world, collaborating with fellow artist Tobia on a track called “I’m Just Trying.” He also recently shared a sneak peak of his debut single on Instagram, and you can listen to the track, “In Honesty (It’s Cold Outside),” ahead of its official release.

When Muhafidin’s not working, the actor/musician is pretty private, with no information available about his birthday or relationship status. He’s a regular on Instagram, however (follow him @tyroemuh), where he shares behind-the-scenes content with his co-stars.