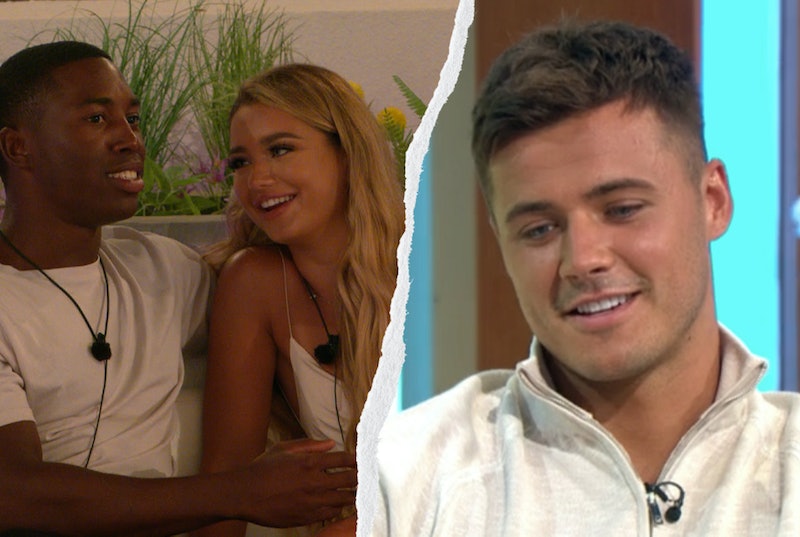 When Brad McClelland walked out of the Love Island villa on July 14, his fellow islanders and viewers were shocked. His partner Lucinda Stafford appeared to be very emotional the night of his exit but has admitted she also has feelings for Aaron Francis.

Fans have had a lot to say about the shock exit, but Brad himself has now responded to his dumping and what has gone on in the villa in the days following. He was forced to leave after he and Lucinda were voted the least compatible couple – but he’s said there was a lot more to them than the cameras picked up.

Brad appeared on Lorraine on July 20, speaking to temporary host Ranvir Singh about his time since leaving the villa. The 26-year-old labourer from Northumberland revealed he’d been back home to see his nana and had been watching the series.

Speaking about Lucinda, Ranvir opened by saying, “It looks like she’s moved on a bit,” to which Brad responded “Looks that way, aye.”

When asked how he felt about the situation, the former islander said, “So, while I was in there, there was me, Aaron, and Hugo all going for Cind. I mean, who wouldn't? But I'd kind of come out on top while I was in there. But I'm not in that situation anymore. So Aaron's got to go for what he feels right, and he wanted Cind while I was in there. So when I'm out, I'm out the picture, he can crack on. And obviously, Cind's still in there, she can't couple up with me while she's in there."

A very diplomatic answer. Brad told Ranvir that the connection he had with Lucinda was very real. “We’re in there 24 hours a day and you only get to see 40 minutes. Of that, it might just be a few of me and Cind together,” he said, “We got along so well and everything felt easygoing. I just wish there was more time for people to see what we had because everyone in the villa could see it and I could see it.”

While Brad gave up his spot in the villa and is now watching Lucinda get to know the other guys, it’d seem there are absolutely no hard feelings.