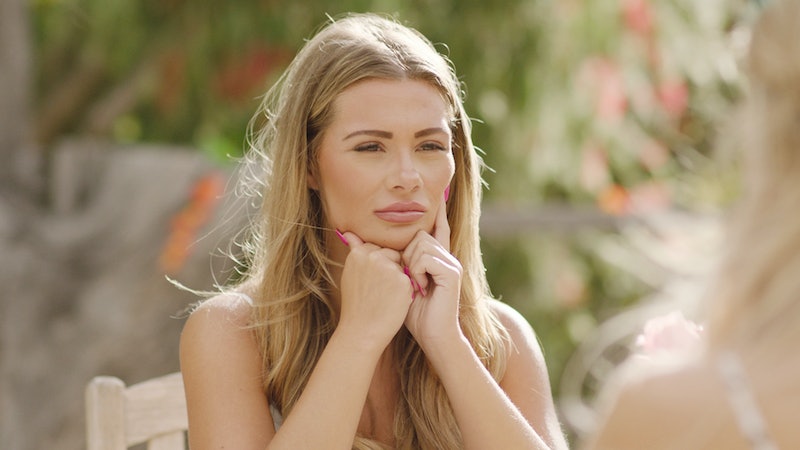 It’s been a long hot summer with a distinct lack of recoupling dramas and people being described as “my type on paper.” Due to the COVID-19 pandemic ITV bosses announced that Love Island wouldn’t be returning and it has left a villa-sized hole in my life. However, fans of the show need not fret. It’s been reported that your favourite islanders will be coming together for a Love Island reunion special. Love Island: Where Are They Now? will take a deep dive into what the contestants have been doing since leaving the villa. However, it’s been reported that the lineup has caused some tension.

What is Love Island: Where Are They Now?

The Sun reported that Love Island: Where Are They Now? would be the ITV show to fill the slot that Love Island left. The publication said that it’s a three part series which wanted to bring the four top contestants from each season back to talk about their life after the show. However, it’s been reported that things haven’t totally gone to plan.

Who Will Be On Love Island: Where Are They Now?

After announcing that Love Island: Where Are They Now? will be the reality TV fix that fans have been waiting for, the Sun reported that there’s been tension about who would appear on the show. While it was originally reported that the top four contestants from each series would appear, a source told the publication that exceptions have been made and it’s caused a bad taste.

“Those involved are very excited, but it has put a few noses out of joint among stars who haven’t been asked, especially those who think they are bigger names than those who have,” a source told the Sun, “unfortunately things have got a bit nasty between some. At first it was just going to be the finalists from each series, but once exceptions started being made it really sparked anger and resentment.”

It’s since been reported that Montana Brown would be returning for the special. Megan Barton Hansen and Wes Nelson are two other villa favourites who are said to be coming back. Arabella Chi and Hayely Hughes are two islanders who are said to not be appearing. A source said, “it’s just not possible to have everyone on in three episodes – so unfortunately the reality is some people have had to miss out. A few of them have kicked off a bit about it, but that’s just life. They can squabble among themselves all they want.”

What ITV Have Said

Since the Sun reported that there’s been some tension about who is included in the Love Island reunion special, ITV said in a statement (per Digital Spy), “there have been many fantastic Islanders over the years. This three-part series will feature some of them and will allow viewers to catch up with their lives since their time in the villa.” I reached out to a representative for the show at ITV who told me it's too early to release information about the content of the show but details are to come.

When Is Love Island: Where Are They Now? On?

If you’re as excited as I am to see some of the most entertaining islanders back on our screens then Love Island: Where Are They Now? can’t come soon enough. ITV are yet to announce an air date for the three part special. However, a representative from ITV said the three part series is set to air in autumn. Watch this space.