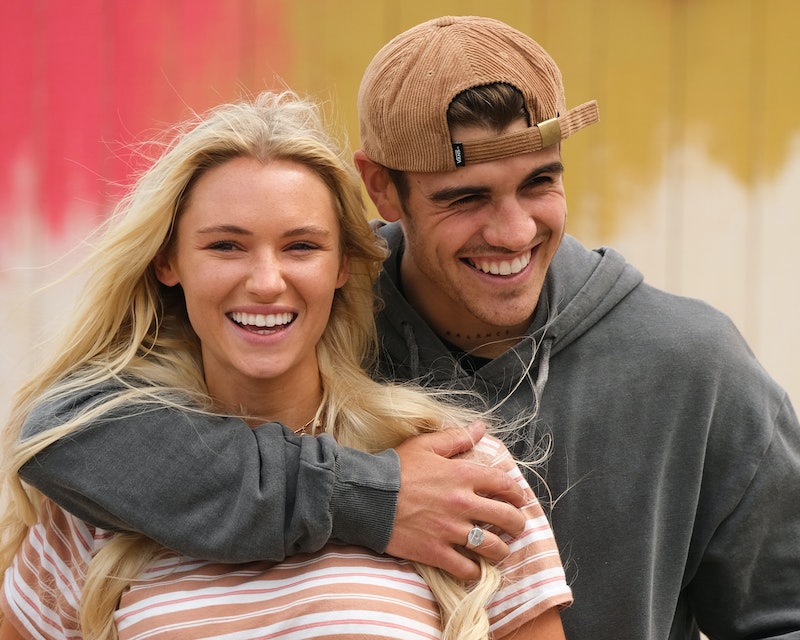 The reality star couple, who have been publicly dating since July 2020, had been enjoying a month-long trip in Finland before Mabbott popped the question in front of the Northern Lights.

In their loved-up engagement photo, shared to both of their Instagram pages on Monday, Dec. 13, the can be seen kissing among the starry night sky, as Donlan proudly shows off her shimmering engagement ring. In the caption, they wrote: “The northern lights made an appearance for the perfect moment to pop the question. A night we will never forget.”

The post, which has close to 400,000 likes, was followed by a wave of congratulatory messages from friends and former Love Island contestants.

Fellow Love Islander Maura Higgins wrote: ‘This is guna be the dreamiest wedding love you both”

The engagement announcement is the perfect update to Donlan and Mabbot's whirlwind love story.

Love Island fans may remember Lucie coupled up with Joe Garratt in the summer show in 2019, while Luke Mabbot appeared on the Winter Love Island series in 2020 and dated contestant Demi Jones. However, both relationships eventually fizzled out outside the villa.

Mabbott, 26, and Donlan, 23, didn’t appear on the same Love Island series, meaning their pairing was quite unexpected. They have been inseparable since making their relationship public in July last year and decided to move in together after six months of dating.

It turns out marriage has long been on the cards for Newquay surfer-girl Donlan, who told OK Magazine in January this year that she was keen for Mabbott to put a ring on it.

“He knows I’m ready for a ring on my finger,” she said in the interview, adding “We’ve been together six months now and it’s been a dream. I never thought I’d meet someone like him. He’s a best friend as well as a boyfriend. Luke is so calm and caring. He’s very positive and I just love spending every minute with him.”