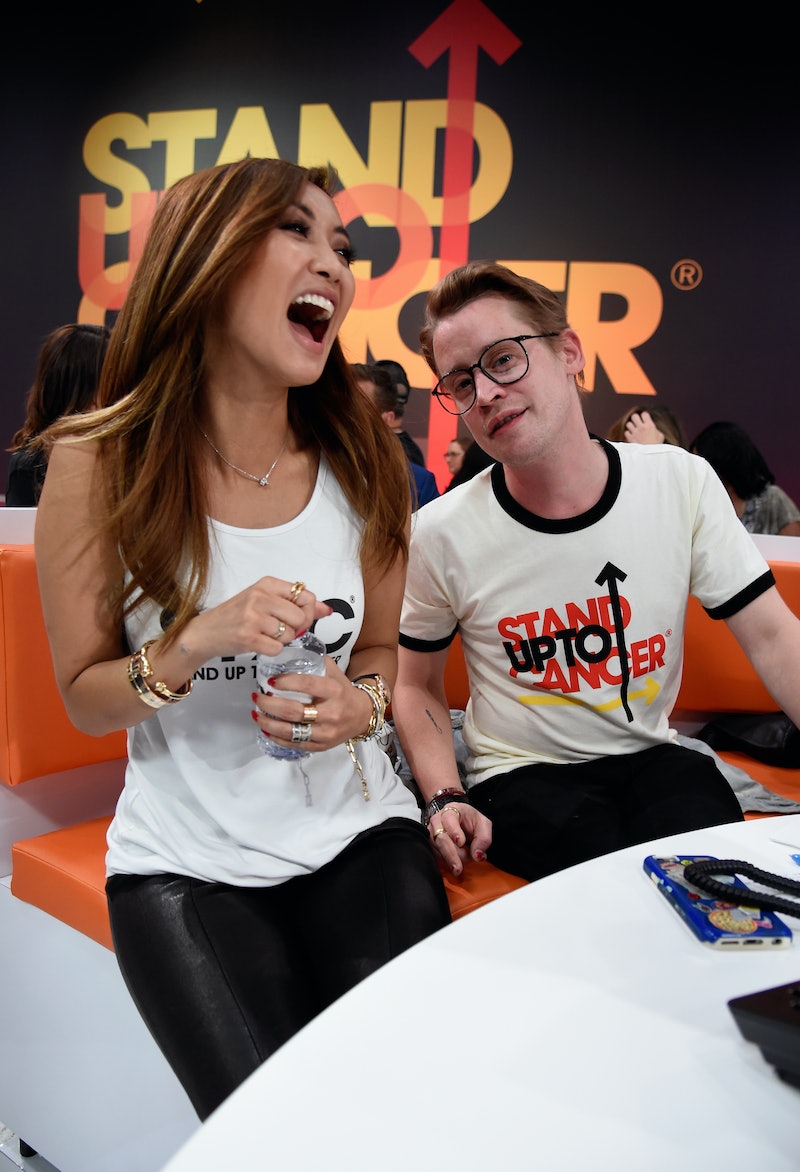 Kevin McCallister and London Tipton are now parents. Macaulay Culkin and Brenda Song secretly welcomed their first child together, as announced by Esquire on Monday, April 12, and their baby’s name has a significant meaning to the Home Alone star.

The couple’s son, Dakota Song Culkin, was born on April 5 in Los Angeles, weighing 6 pounds, 14 ounces. The baby was named in honor of Culkin’s older sister Dakota, who died in 2008 at 29 years old. Neither Culkin nor Song has commented on social media, and they have chosen to keep other details surrounding their newborn private, simply telling Esquire, “We’re overjoyed.”

The pair was able to keep their new addition top-secret, as fans had no clue that they were expecting their first child until now. However, he’s made his desire to start a family very clear. Speaking to the outlet in February 2020, Culkin said he and Song “practice a lot,” which evidently worked out as planned. “We’re figuring it out, making the timing work,” he said. “Because nothing turns you on more than when your lady comes into the room and says, ‘Honey, I’m ovulating.’”

In August 2019, Culkin told the Joe Rogan Experience that he really wanted to “have some pretty babies” with Song. “This one’s a good one, so I’m probably going to put some babies in her in a little bit,” he said. “She’s Asian, so I’m gonna have tiny little Asian babies. It’s going to be adorable — a bunch of Sean Lennon’s running around the house, that’s what I’m looking for.” Now, let’s just hope he learned a lesson from his Home Alone parents Catherine O’Hara and John Heard about leaving his new baby unattended.

Culkin started dating the former Disney Channel star in 2017 after meeting in Thailand on the set of their film Changeland. The pair managed to keep their romance private after moving in together, making almost no public appearances as a couple, but they do pop up on each other’s social media on occasion. In August, Song wrote a heartfelt note to Culkin on Instagram to commemorate his 40th birthday, calling him a “magical being.”

“I could sit here and write endlessly about how wonderful, kind, loving, genuine, loyal, honest, brilliant and hilarious you are, and how grateful I am that I get to share and do this life thing with you,” she wrote. “But firstly, that would take me an eternity and secondly, you won’t even see this because you don’t ever use Instagram. My unicorn that I never thought could exist, I am luckiest person in the world because I am loved by you.”