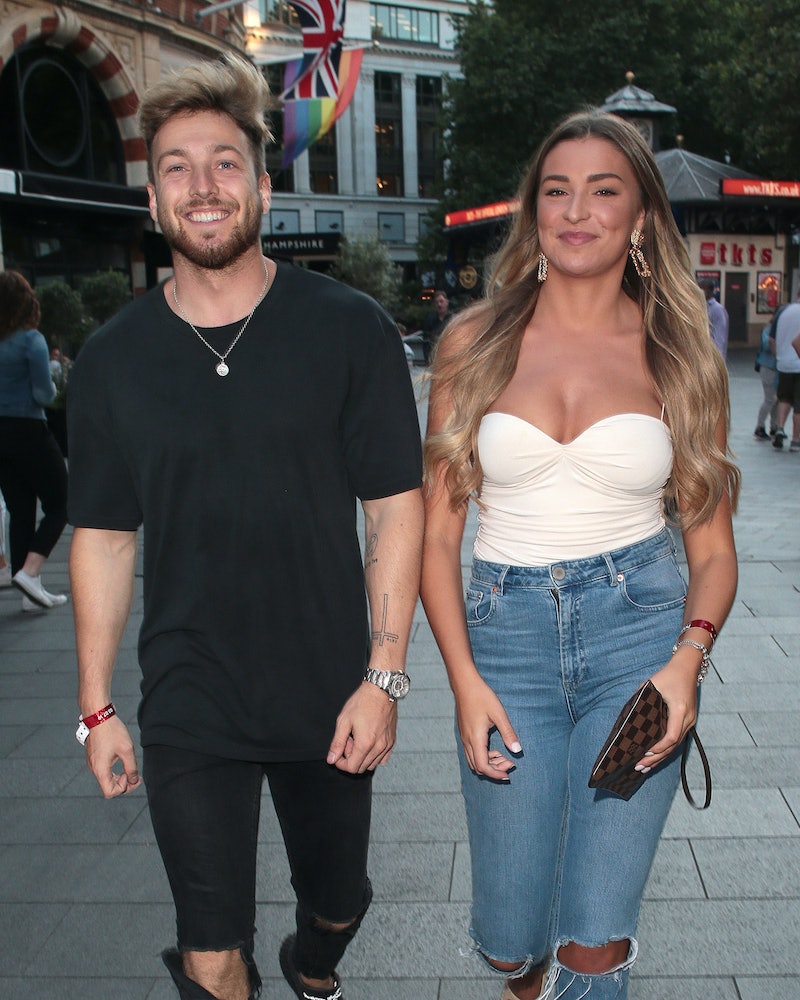 As all UK reality TV fans worth their salt know by now, Made In Chelsea's Sam Thompson and Zara McDermott have called it quits after it was reported that she cheated on him during her time on X Factor: Celebrity last year. The scenes of their break up were pretty savage and had fans going wild on social media. But now Sam Thompson posted a spoof of Zara McDermott’s apology on his Instagram and Tik Tok that takes the drama to whole new level. The spoof video has since been deleted but it’s not stopped fans from having their say on the whole thing.

On Oct. 25 Thompson entertained (and shocked) fans when he posted a video of himself with McDermott’s now-infamous Made In Chelsea apology speech as a voice over. Only, instead of his clip being about a break-up, it was about chicken. He captioned it, “When the Nando's family platter defeats you” and the video hadn’t lost any of the drama of the original. He added, “If I can't laugh at my uncomfortable moments then there's nothing left to do but cry."

Fans jumped on Thompson’s creation immediately. One wrote, “Sam Thompson is my level of petty” while another said, “I’m creased.” Some viewers said the clip came off a little harsh but it’d seem McDermott took it in good humour. Digital Spy reported that the former Love Island contestant commented on the now deleted video, “oh golly” with a number of crying laughing emojis.

Thompson later revealed that he ran the video past McDermott before posting it. On his Instagram stories he said, “I'd just like to address the video I took down last night. I found it quite funny. I think 99.9% of you found it quite funny. But to the 0.1% I'd just like to say I did have Zara's full permission to post that, I showed it to her prior and she understood the context of it.”

Thompson said the video wasn’t meant to be an act of revenge, that he wouldn't make fun of McDermott like that, and that he might repost it in the future.