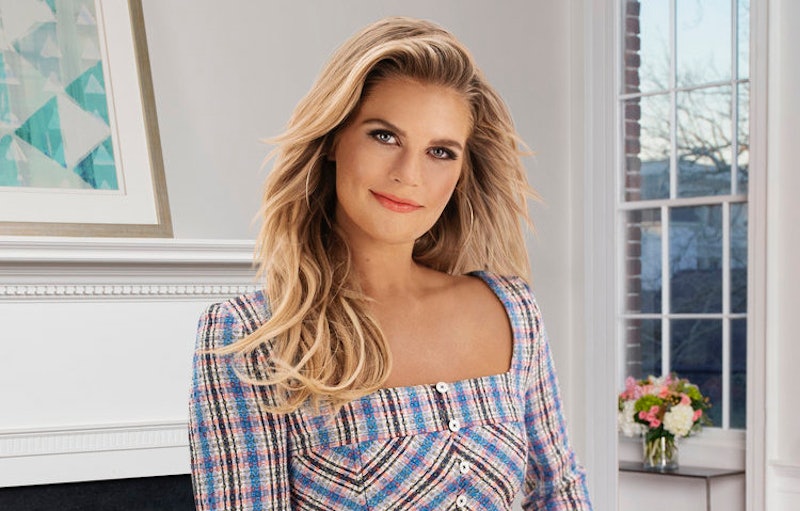 Will this be the season of Southern Charm where Madison LeCroy finally finds a boyfriend who isn't Austen Kroll? The two have been on-again, off-again for two years, and now that she's a main cast member on the show, she's getting a chance to appear in a light other than just "Austen's girlfriend." According to a teaser from Bravo, she and Austen have a tough time navigating the pandemic as a couple, which is just the opening Patricia Altschul needs to set Madison up with someone else. The teaser also revealed that fellow new cast member John Pringle has his eye on Madison, too. All that said, there's much more to Madison than her dating life, and being a regular cast member on Southern Charm is her chance to show the world that.

Before she appeared on the series when she started dating Austen, Madison worked behind the scenes as a hairstylist for Southern Charm stars Patricia Altschul and Naomie Olindo. Her Bravo bio says she went to the Carolina College of Hair Design when she was younger in order to pursue a career in the beauty industry. Now her LinkedIn says that she owns the Blush & Brushes salon in Charleston and she's currently bookable for hair, makeup, or even wedding stylings.

Most of her Instagram real estate is occupied with photos of Madison's eight-year-old son Hudson.

But she makes plenty of room for #sponcon, stylish #OOTD photoshoots, shots of her fishing or boating, and hanging out with the rest of the Southern Charm cast — minus Austen, who hasn't made an appearance on her timeline in quite a while.

Austen may not be on Madison's Instagram, but she's been on his. In March they attended a wedding together, and they also celebrated his 33rd birthday in June.

Last fall, People quoted Austen as telling attendees at BravoCon that it was "tough to walk away" from someone who's been in his life for so long now. Madison also added to People at the time, "We care about each other a lot. He’s been my best friend for a year and half, even though we’ve done a lot of messed up things to each other. We try to find ourselves back where we always end up. We just take it day by day ... I always have hope. I don’t want to ever say [no]."

Season 7 will revisit the pair's long standing back-and-forth, which apparently continued long after cameras stopped rolling. Fellow cast member Craig Conover told Us Weekly in October that the status of Madison and Austen's relationship "depends on the day of the week." He added that the rest of the cast is kind of over it. "We all want to not be a part of it anymore, like, you can only lead a horse to water so much, but you can't force them to drink and that's just what it got to," Craig said. "It's just not good for anyone. I think it affects [Austen's] career, his business, his happiness, everything."

When Southern Charm Season 7 begins, fans will see the breakdown of their relationship yet again, but no matter what happens on the show, it sounds like Austen and Madison haven't quit each other just yet.

More like this
Madison From 'The Bachelor' Chronicled Her Life As A "Sister-Mom" On Social Media
By Grace Wehniainen
Everything To Know About 'The Real Housewives Ultimate Girls Trip' Season 4
By Jake Viswanath
Brooklyn From 'The Bachelor' May Have Accidentally Predicted Her Time On The Show On IG
By Grace Wehniainen
Brianna Revealed Why 'The Bachelor' Premiere Was Tougher For Her Than You Saw On TV
By Brad Witter
Get Even More From Bustle — Sign Up For The Newsletter
From hair trends to relationship advice, our daily newsletter has everything you need to sound like a person who’s on TikTok, even if you aren’t.