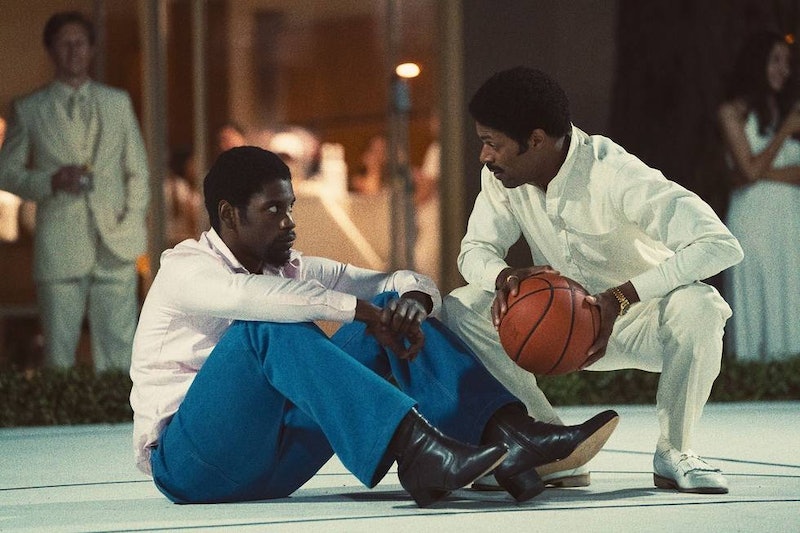 Early on in HBO’s sports drama Winning Time, Magic Johnson and Norm Nixon square off in a heated game of one-on-one at a Hollywood party. Johnson, then a cocky college rookie negotiating his first NBA deal, is sure that he can beat Nixon, an already established player on the Los Angeles Lakers. But Nixon quickly bests him, embarrassing Johnson and causing him to question if he’s truly ready for the big leagues.

The scene is dramatized, but there’s some slight truth to the contentious nature of Nixon and Johnson’s relationship. In Showtime: Magic, Kareem, Riley, and the Los Angeles Lakers Dynasty of the 1980s — the book upon which the HBO series is based — Lakers guard Michel Cooper is quoted as saying, “Jealousy is ugly. And we all knew Norman was really jealous.”

When Johnson was drafted onto the Lakers in 1979, Nixon was the starting point guard. Johnson coming onto the team meant that he had to switch to the other guard position and share the spotlight. The two enjoyed several fruitful seasons together, but Nixon clashed with higher-ups — specifically Lakers Coach Jerry West. “Their relationship was very antagonistic,” former Laker Ron Carter told Jeff Pearlman in the book. “[Norm] had a huge ego and he was our leader. As a coach, Jerry wanted to be the leader, and he and Norm bumped heads daily.”

After West became the team’s general manager in 1982, the hostility escalated. Suspecting that Nixon was using drugs, West hired a private investigator to follow him around. The search yielded nothing, but Nixon was eventually made aware of the investigation, and by then his relationship with the Lakers was in tatters. He was traded to the San Diego Clippers the next season.

Actor DeVaughn Nixon — who plays Nixon on Winning Time and is Nixon’s son in real life — said that his dad and Johnson were actually pretty amicable. “My dad and Magic were cool," DeVaughn told USA Today. Still, he noted that there was inherent competition “because there's this rookie coming in trying to threaten his position,” and the the pick-up game scene in Winning Time is a reference to that. "I wanted to create that fury and anger, that fight" Nixon said. "And that's exactly how it was read on the screen."

Nixon described his co-star Quincy Isaiah, who plays Johnson, as his “little brother” on set. But in order to drum up a sense of tension, he didn’t talk to him all day before shooting the scene. "He was like, 'Hey, what's wrong with you? Are you good?'“ DeVaughn explained to USA. “But that was just me getting in my method Daniel Day-Lewis acting."

He also noted that part of the scene was improvised. During the matchup, Nixon fakes Johnson out, causing him to fall to the ground. However, Nixon then steps over the toppled Johnson and shoves him back to the ground. (Stepping over a downed player is a sign of disrespect in basketball). “It wasn’t planned,” DevAughn said of the moment. "You can see when [Isaiah] gets up, he wanted to kill me. I called him almost immediately after and I was like, 'Yo, great job.’ He was like, 'Man, I ain't talking to you.' But I told him it was all love. He understood. That scene is now one of the standout scenes in the pilot. I'm glad I pushed him, and I [frustrated] him."