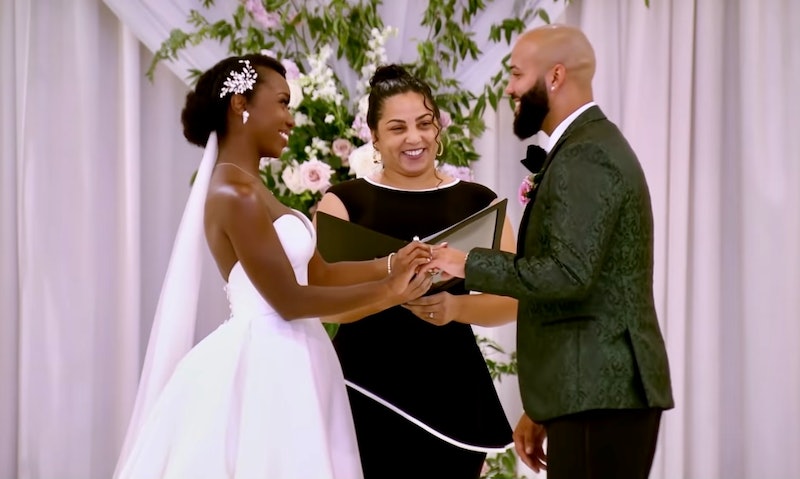 It’s no secret that Lifetime renewed Married at First Sight through Season 17. Long before the the Season 12 couples revealed their final decisions, however, the producers were already looking for a new crop of singles. As the Houston Chronicle reported, casting for MAFS Season 13 was already underway in August, and producers had already put out a casting call for Houston-area singles who consider themselves “brave and ready to take the ultimate leap of faith.”

That’s not all fans have to look forward to: Kinetic Content Casting posted on May 7 that a Boston MAFS installment was in its final week of casting, with all applications due on May 14. As fans may recall, Boston was also the setting for the reality series’ sixth season, which ended in only one of the three couples (fan favorites Shawniece Jackson and Jephte Pierre) staying together. According to Boston.com, filming is expected to take place sometime between June and early August.

Although Lifetime has yet to announce details on either season, here’s what we know so far.

Typically, MAFS airs two seasons per year — one in January and one in the summer. The most recent summer installment premiered in July 2020, though Lifetime had released previous seasons in June. The COVID-19 pandemic, of course, likely contributed to the delay. Given that the Season 13 Houston weddings reportedly took place in late February, viewers can likely expect to see the reality show return this June.

Lifetime has yet to announce the MAFS Season 13 cast, and the network likely won’t do so until about a month or two ahead of the premiere. For example, various outlets revealed the Season 12 couples on Nov. 25, ahead of the first episode, which aired on Jan. 13. In 2018, Kinetic Content CEO Chris Coelen and MAFS’ longtime expert Dr. Pepper Schwartz explained to E! News how the matchmaking process works.

After choosing the filming location, production spends about six months in preparation, which includes weeding through the approximately 50,000 applications, in addition to going to churches and bars, going on dating apps and reaching out to possible candidates to “make the prospective pool as big as people,” according to Coelen. Next, there’s a round of phone and Skype interviews, followed by an extensive questionnaire.

Once the team has pared the pool down to about 100-200 people, production holds workshops, a meet-and greet, and interview sessions with the finalists, who undergo in-depth psychological and background evaluations. One of the final stages includes a home visit from Dr. Pepper, who said she’s most interested in candidates’ coachability. “Somebody who's willing to take advice,” she told the outlet. “I'm looking for heart, for warmth, for the ability to empathize with someone else.”

As for who ultimately fit the bill for Season 13, check back for updates as Lifetime makes them available.

More like this
10 Photos Of The Wildest Limo Arrivals From 'The Bachelor' Premiere
By Brad Witter
All The Clues About Aly & Zach’s Relationship Status After 'The Bachelor'
By Brad Witter
The Bachelor’s Christina Mandrell Comes From One Of Country Music’s Most Famous Families
By Brad Witter
Zach Swears He Didn’t Look Up Contestants Before The Bachelor Began Filming
By Brad Witter
Get Even More From Bustle — Sign Up For The Newsletter
From hair trends to relationship advice, our daily newsletter has everything you need to sound like a person who’s on TikTok, even if you aren’t.