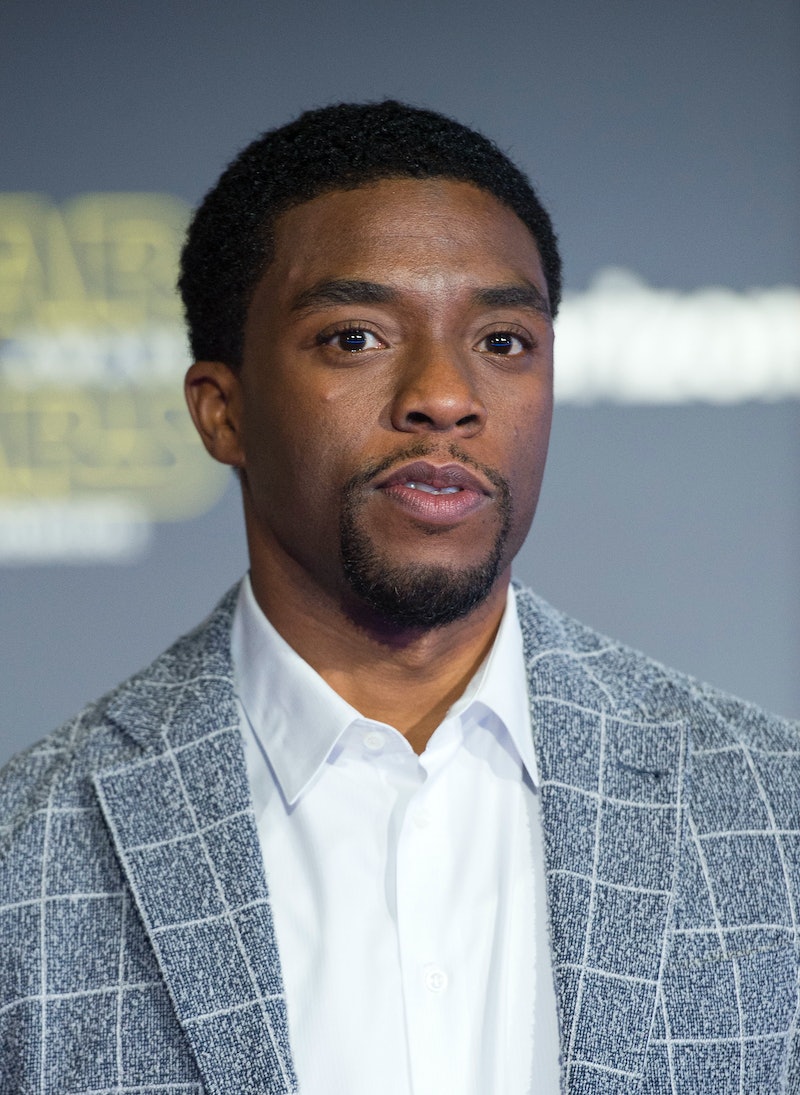 Making a sad day for the MCU bittersweet, Marvel honored Chadwick Boseman with a new Black Panther opening sequence on his birthday. The tribute features a reel of the actor's iconic moments from the franchise over the past several years. Boseman, who died from colon cancer in August, would have turned 44 years old on Nov. 29.

Disney+ debuted the new tribute on Sunday, showing the original comic book flash for Black Panther, and then cutting to a gallery with clips from some of the actor's major films. The sequence includes shots of Boseman as T'Challa, King of Wakanda, in various Marvel films, including Black Panther, as well as Captain America: Civil War, Avengers: Infinity War, and Avengers: End Game.

In August, Boseman died at home in Los Angeles after a four-year battle with colon cancer, a difficult fight he kept private. The actor's family confirmed his death and opened up about his diagnosis on social media. "A true fighter, Chadwick persevered through it all, and brought you many of the films you have come to love so much," their statement read. "From Marshall to Da 5 Bloods, August Wilson’s Ma Rainey’s Black Bottom, and several more, all were filmed during and between countless surgeries and chemotherapy."

On Saturday, Disney's executive chairman, Bob Iger, hinted at the Boseman tribute on Twitter, writing, "To all fans of #BlackPanther: watch the film on #DisneyPlus late tonight, for a special tribute to someone that was and will always be near and dear to our hearts."

Many of the actor's Marvel co-stars also marked his birthday. On Sunday, Lupita Nyong'o shared throwback photos with Boseman on Twitter, writing, "Deeply loved, sorely missed. #ChadwickBoseman." Mark Ruffalo also posted about Boseman on his birthday, tweeting a video with the message, "Thinking of your passion, love, and your light today, @chadwickboseman. Happy Birthday. Wishing we could time travel back to this moment."

Boseman's final film, Ma Rainey's Black Bottom, premieres on Netflix on Dec. 18. Denzel Washington, who worked with him on the film, discussed the legacy the actor left behind in an interview at the Toronto International Film Festival in September, per ET. Washington described Boseman as a "gentle man." He added that the Black Panther star was "a very, very gentle soul," and "a great talent."