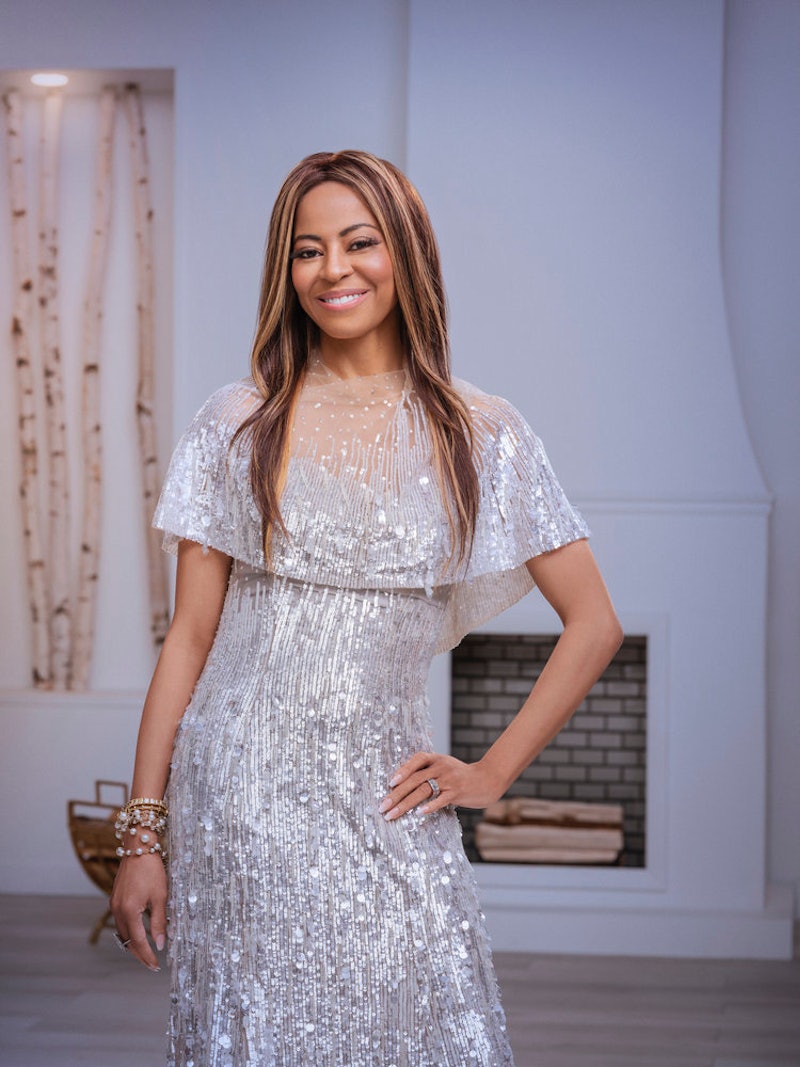 In her Real Housewives of Salt Lake City tagline, Mary Cosby issued a warning: "I love God, but I will read you like a scripture." The religious references were no accident, of course, but, unlike several of her fellow RHOSLC cast members, Mary is not part of the Mormon faith. Instead, Bravo describes Mary, the only Black cast member, as a "Pentecostal First Lady." According to costar Whitney Rose, she has a backstory that all of Salt Lake City knows about.

With a "penchant for God, couture, and only the finest champagne," Mary is "small but mighty." Those attributes serve her well when she finds herself "on shaky ground" with some of the women, due, in part, to her unconventional marriage.

Find out more about who Mary is below.

Mary's husband, Bishop Robert C. Cosby Sr., was the second husband of her late grandmother, evangelist Rosemary "Mama" Cosby, which means he used to be her step-grandfather. Rosemary's will reportedly stipulated that the pair marry in order for her granddaughter to secure her inheritance. Mary's Bravo bio states that she and Robert Sr. tied the knot more than 20 years ago and are now parents to a teen son. By marrying, she did eventually inherit her family's "empire of churches, restaurants and more," and Mary said she considers herself "blessed" to be married to Robert Sr. "You're dealt with the cards that you're given, and it's up to you and make it happy," she said in a recent Bravo video. "I love my life, I do. I have a blessed life. And I love Robert Sr."

Although Mary's recent Instagram posts are mostly promos for RHOSLC, in the past, she's shared several inspirational quotes, as well as photos showcasing her personal style and close relationship with her son, whom she called the love of her life last year. In a Feb. 19 post, she even referred to motherhood as her life's best achievement.

Mary isn't a fan of the term "pastor," but she and her husband are both leaders of Faith Temple Pentecostal Church, which her grandmother founded prior to her 1997 death. In her Instagram bio, she also describes herself as an entrepreneur, event specialist, philanthropist, and spiritual leader. Mary links to her Marimarta Perfumeria enterprise, which also incorporates the Women Helping Women In Business (WHWNB) foundation as well. Its goal, according to the website, is to "help women to uplift each other in the world of business," something that's in line with her "passion for fashion" and philanthropic views.

Mary's clearly given the other women plenty to talk about this season, regardless of whether or not gossip is frowned upon in their religions.