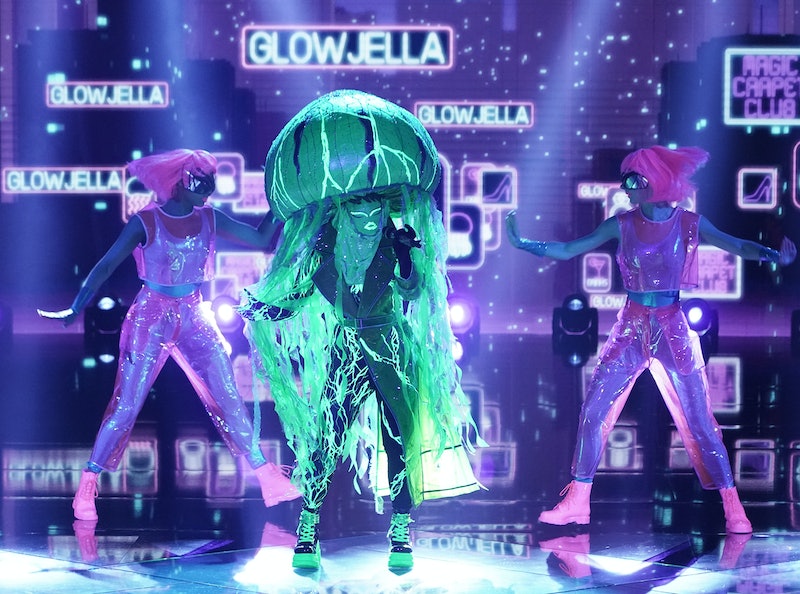 Earlier this month, your favorite equal-parts-disturbing-and-entertaining reality show, The Masked Singer, was renewed for Season 5, which means production will have to somehow top the absurdity that was Bob Saget dressed as Squiggly Monster singing "Satisfaction" by the Rolling Stones. And according to Rob Wade, the president of alternative entertainment and special for Fox Entertainment, they have plans to do just that.

“This show brings joy to so many families across the country, especially during these trying times, and we can’t wait to get even more celebrities suited up in crazy costumes for an hour of pure fun every week," he told Variety on Dec. 2. The real questions are which celebrities and how far will the costume department go this time around? Here's everything to know (so far) about The Masked Singer Season 5.

When Will The Masked Singer Season 5 premiere?

New episodes are expected to air in 2021, per Entertainment Weekly, but the exact premiere date is unclear at the moment. "I don't have the exact dates yet from Fox," executive producer Craig Plestis told the outlet on Dec. 15.

Which Celebrities Will Be Featured On The Masked Singer Season 5?

It will be a while before the show drops specific celebrity and costume hints, but Plestis told EW that "for casting ... there's going to be a couple unbelievable surprises that we've never done before. Unbelievable." Season 4 raised the bar with its high profile singers, and Plestis said the show is" trying to surpass that bar for season 5 as well." Fingers crossed for a Meryl Streep clue package.

It's too early to tell what kind of extravagant "Whatchamacallit"-like costumes will grace the stage next year, but fans have quite the extensive wishlist of creatures they'd like to see, according to a Reddit thread started by user Coatesinaboat. It includes a fish (beta, angel, or "something with pretty flared fins"), a cloud, a giant hand, a mermaid, and a pug. Comments on the show's official Instagram request a yeti, a porcupine, and a donut. Judging by the elaborate and bizarre nature of previous costumes, none of those are completely out of the question.

The Golden Ear award — given to the judge with the most correct celebrity guesses — will return, per Plestis, but there's even more to get excited about. "There's going to be some new elements added into Season 5 that I can't tell you yet," the producer added. "I want to tell you one because it's so exciting, but I can't yet because we're just defining it a little bit more."

For now, all we can do is wait for more details... and add to that crazy costume wishlist.

More like this
Here's The Full List Of Zach's Confirmed & Potential 'Bachelor' Contestants
By Kadin Burnett and Grace Wehniainen
Kanye West Apologizes To Kim K "For Any Stress I Have Caused" In Rare Interview
By Jake Viswanath
Netflix's 'Bling Empire' Season 3 Trailer Includes A 'Selling Sunset' Cameo
By Kadin Burnett and Sam Ramsden
18 Years After 'American' Idol, Jennifer Hudson & Simon Cowell Reunited On Her Talk Show
By Radhika Menon
Get Even More From Bustle — Sign Up For The Newsletter