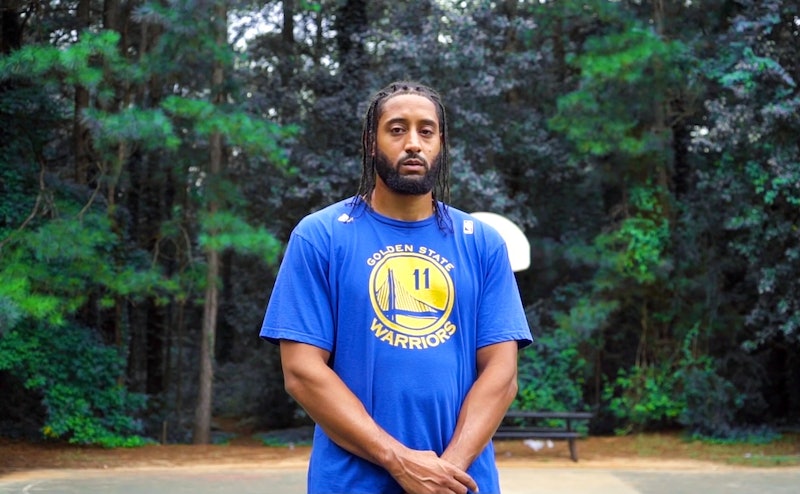 Before deciding which woman to give his final rose to in the Bachelor finale, Matt James will first introduce finalist Rachael Kirkconnell and Michelle Young to his mother, Patty Cuculo, and his older brother, John. “My brother and my mom, they know me better than anybody,” Matt explains in a finale promo video.

Viewers have already met Matt’s mom, but they may be less familiar with his brother, who has been rapping under the name John the Scorpio for at least the last six years, according to his SoundCloud page. In his bio, John describes himself as a “smooth passionate musician influenced by g funk music and underground west coast hip-hop and R&B.” His music video for “Gotta Do Betta,” released in August 2020, also highlights one thing he has in common with Matt: they’re both skilled skateboarders.

Still, Matt and John have plenty of differences, too. "My views are my own and I would never force that on somebody, especially with those views being different within my family," Matt explained of the importance of faith in his romantic relationships to Entertainment Tonight in January. "My brother and I have completely different religious beliefs, and I don't love him any less. I would never want that to be something that kept me from being with somebody."

Matt’s brother also knows firsthand the toll that their parents’ divorce has taken on Matt’s approach to love. As Matt previously explained, his parents split up after his estranged father Manny James — with whom he had an emotional conversation in the March 8 episode of The Bachelor — was unfaithful. “I saw what infidelity looked like at a young age,” Matt said on the Tamron Hall Show in January. “[It’s] such a selfish thing to happen. For it to take place when you’ve made that commitment to somebody — and knowing how serious I take that commitment — is why I want to make sure that I’m going about [The Bachelor] process as seamless[ly] and focused as I can so I’m not putting someone in the situation to get hurt.”

After his dad appeared on the show, Matt urged viewers to understand the repercussions of how the conversation was framed. “Tonight’s convo with my dad was hard to experience, and it’s just as hard to watch all this time later, especially knowing the world is watching with me,” he tweeted after the episode aired. “I just wanted to say that too often, we see dangerous stereotypes and negative depictions of Black fathers in media. And they have consequences when presented without context. All I hope is that people watch that conversation with nuance, care, and also an understanding that there are real systemic issues at play. I’m so proud of myself for being vulnerable, and I’m so proud of my mother. I wouldn’t be who I am without my dad. That’s a fact.”

With a shared childhood experience, Matt’s brother will surely bring insight to the Bachelor finale that no one else could.