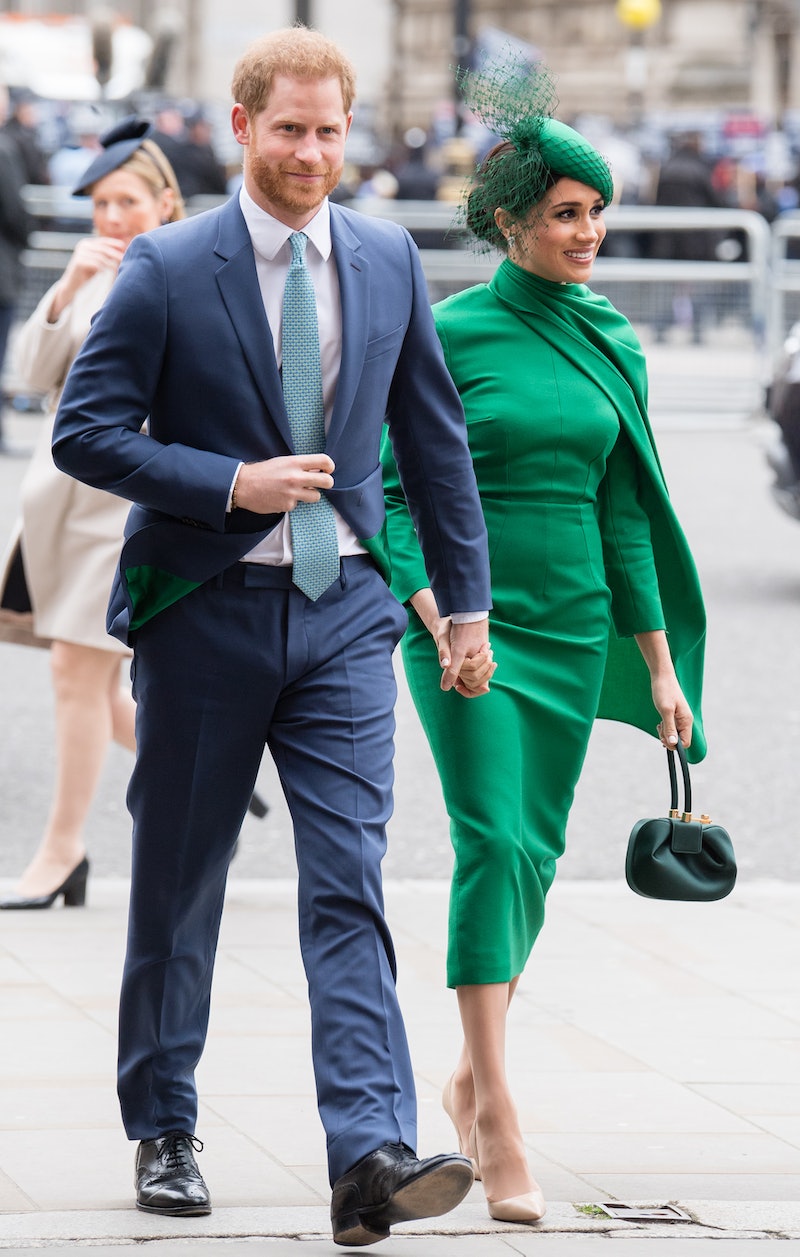 Per The Sun, Meghan Markle and Prince Harry are launching an honours list in the US. The publication reports that the awards will focus on individuals and organisations doing important work. Here's what we know so far.

The honours list is expected to form part of the Sussexes' foundation, Archewell, reports The Sun. According to the tabloid, papers filed in the US reveal the Duke and Duchess of Sussex aim to acknowledge “charitable service, education, science, literature, racial justice, gender equity, environmental stewardship, youth empowerment, health, and mental health.”

However, Toya Holness, press secretary for Archewell, denied The Sun's reports. In a statement given to Bustle, she said: “We look forward to sharing more about Archewell’s work in the weeks ahead but any suggestion that it is intended to rival the UK honours list is false. Furthermore, the trademark application has followed the normal course of business for the US Trademark process and any suggestion otherwise is also false.”

The Duke and Duchess, who gave up their royal duties in March, have been busy with various philanthropic projects from their California home this year. They announced plans for the Archewell foundation back in April and a website emerged in October, however, details are still scarce.

In a statement released to The Telegraph earlier this year, Meghan and Harry explained that the non-profit organisation would be launched "when the time is right."

"Before SussexRoyal, came the idea of ‘Arche’ - the Greek word meaning ‘source of action,’ they wrote. They also explained that the foundation became the inspiration for their son's name, Archie. “We connected to this concept for the charitable organisation we hoped to build one day, and it became the inspiration for our son’s name. To do something of meaning, to do something that matters," they added.

"Archewell is a name that combines an ancient word for strength and action, and another that evokes the deep resources we each must draw upon. We look forward to launching Archewell when the time is right."

More like this
Prince Harry Will Be Able To Wear His Military Uniform After All
By Darshita Goyal and Sam Ramsden
Oprah Winfrey Revealed Her Hopes For Prince Harry & The Royal Family
By Maxine Harrison
10 Photos Of William, Harry, & Their Cousins Honoring The Queen Together
By Stephanie Topacio Long
The Queen’s Beloved Corgis Played A Special Role At Her Windsor Service
By El Hunt
Get The Very Best Of Bustle/UK