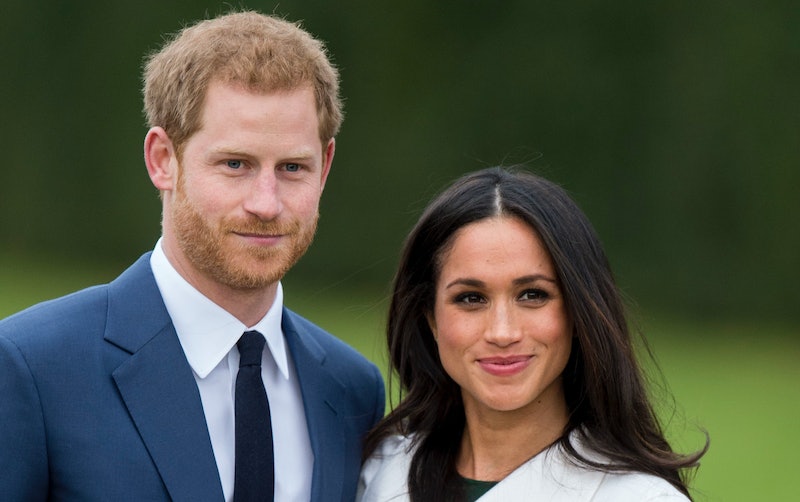 From the moment that Prince Harry started dating Meghan Markle, the mixed-race Duchess of Sussex was met with racial insensitivity from the British press. In the second episode of their new Netflix docuseries Harry & Meghan, which premiered on Dec. 8, the couple is now giving their perspectives on the racist headlines and undertones Meghan has endured during their relationship, specifically the infamous “straight outta Compton” article.

As Harry recalled in the episode, the Daily Mail published an article on Nov. 2, 2016, within a week of their relationship being public, with a headline that read “Harry’s girl is (almost) straight outta Compton,” referencing the 1988 song by rap group N.W.A. and the city outside of Los Angeles that is historically associated with gang violence. The article went on to call her mother’s home “gang-scarred” as a contrast to Harry’s upbringing. “I was like, ‘Whoa,’” Harry said. Meghan’s mother Doria Ragland also weighed in, explaining how publications would “take pictures of different parts of, say Skid Row” and incorrectly claim that she lived in those areas and raised her daughter there.

Meghan said she was upset on the city of Compton’s behalf. “Firstly, I’m just not from Compton, I’ve never lived in Compton, so it’s factually incorrect,” she noted. “But why do you have to make a dig at Compton?” The Duke of Sussex went on to explain that he asked Palace aides on how to respond to the headline. “The direction from the Palace was, ‘Don’t say anything,’” he said, a guideline that both he and Meghan followed at first. “It was horrible, but I continued to hold the line, like say nothing,” she said.

However, what was more troubling for Harry was how his family members reacted to the headlines. “What people need to understand is, as far as a lot of the family were concerned, everything that she was being put through, they had been put through as well, so it was almost like a rite of passage,” he said. “Some of the members of the family were like, ‘Right, but my wife had to go through that. So why should your girlfriend be treated any differently? Why should you get special treatment? Why should she be protected?’ And I said, ‘The difference here is the race element.’”

The outcry from the headline sparked huge debate about British tabloids and even resulted in the article getting its own Wikipedia page. Nearly a week after the article was published, Harry ended up releasing a statement about the “wave of abuse and harassment” his then-girlfriend was enduring. “Some of this has been very public — the smear on the front page of a national newspaper; the racial undertones of comment pieces; and the outright sexism and racism of social media trolls and web article comments,” his communications secretary wrote. “Prince Harry is worried about Ms. Markle’s safety and is deeply disappointed that he has not been able to protect her. It is not right that a few months into a relationship with him that Ms. Markle should be subjected to such a storm.”

More like this
Everything To Know About 'The Real Housewives Ultimate Girls Trip' Season 4
By Jake Viswanath
Andy Cohen Apologized To Larsa Pippen After A 'RHOM' Season 5 Reunion Dust-Up
By Brad Witter
'The Crown' Season 6 Has Suspended Filming "Out Of Respect" For The Queen's Death
By Bustle Staff
'Bling Empire: New York' Star Nam Laks Is The “Blair Waldorf Of Thailand”
By Alyssa Lapid
Get Even More From Bustle — Sign Up For The Newsletter
From hair trends to relationship advice, our daily newsletter has everything you need to sound like a person who’s on TikTok, even if you aren’t.