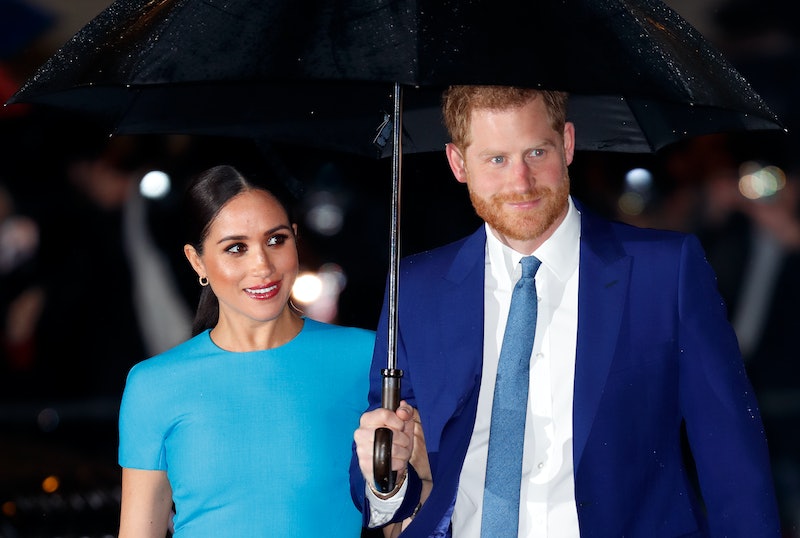 To commemorate the start Britain’s Black History Month this October, Prince Harry and Meghan Markle called for an end to structural racism in a new essay. The two reflected on the “unquestionable progress” that has been made in a piece for Evening Standard published on Thursday, Oct. 1, but also maintained that there was still a long ways to go. Along with putting pen to paper, Harry and Meghan also sat down for an interview with the publication and touched on the global Black Lives Matter movement.

"As we look at society today, there has been unquestionable progress in the three decades since Black History Month was formally established in the UK, yet in many ways sufficient progress has not been achieved," Harry and Meghan wrote. "For as long as structural racism exists, there will be generations of young people of color who do not start their lives with the same equality of opportunity as their white peers. And for as long as that continues, untapped potential will never get to be realized."

The two also touched on representation in the media. “If you are white and British, the world you see often looks just like you… that is not a criticism; it's reality," they continued. "Many recognize this, but others are not aware of the effect this has on our own perspective, our own bias, but also the effect it has on young people of color.” They then reiterated the importance of Black Britons “seeing role models that share the same color skin as them, and seeing and reading stories of success and of hope from those who look like them” as “absolutely vital in opening doors of opportunity."

While honoring their BHM NextGen Trailblazers of Brits who’ve championed equality, Meghan and Harry also expressed support for the Black Lives Matter movement. "For me, it's awareness and education and teaching," Harry said, adding that he "had an awakening" to the wide-reaching effects of racism worldwide. "I wasn't aware of so many of the issues and so many of the problems within the U.K., but also globally as well," he said, stressing the importance of learning. Meghan added of the movement, "The impetus is for a place of recognizing equality, and if you just go back to its ground level of that, then I don't think there is anything controversial about it."