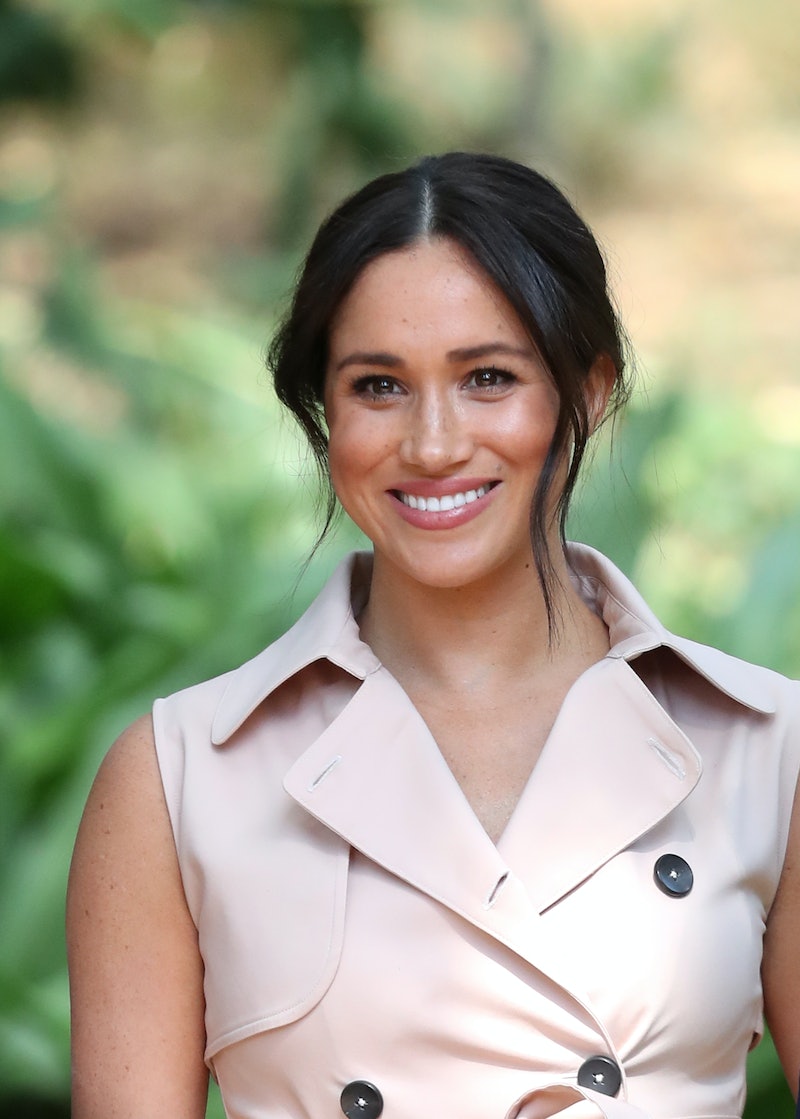 Megan Markle will turn 40 on August 4, a milestone birthday that comes as she and Prince Harry are still on parental leave following the birth of their daughter Lilibet in June. And while having a newborn and contending with the COVID-19 pandemic may put a stop to any seriously big birthday plans, some media outlets are suggesting that the Sussexes won’t be letting the occasion pass them by. Here’s everything to know about Meghan Markle’s 40th birthday plans.

It was rumoured that Markle had employed the help of celebrity favourite party planner Colin Cowie to help her throw a small party with an A-list guest list at her California home. Tatler writes that Cowie has worked with the likes of Oprah, Alyssa Milano, and Ryan Seacrest so he’s no stranger to luxury events. OK Magazine explained that the party, which is reportedly being held at their £11 million mansion, is expected to more low key than royal birthdays in the past.

Page Six writes that, while it’s not yet known what the couple will be doing for Meghan’s birthday, there are plenty of vacation spots near their home in Montecito “where he can take his young family away.”

Elsewhere, it’s reported that Harry has picked up a cake from Santa Barbara bakery Posies & Sugar. The luxury bakery specialises in ‘naked’ cakes (where some of the sponge is visible underneath the icing) and fresh flower decorations.

Big royal birthdays have never been Prince Harry and Meghan Markle’s style. Last year, amid the pandemic and lockdown, Meghan spent her 39th birthday at home with close family and friends. The year before, Meghan turned 38 shortly after the birth of Archie. It’s reported that the family stayed at home and shortly afterwards, they celebrated in Ibiza together.

The first birthday that Meghan spent with Prince Harry was her 36th. It’s reported that the couple flew to Botswana in Africa to work with the charity Elephants Without Borders.