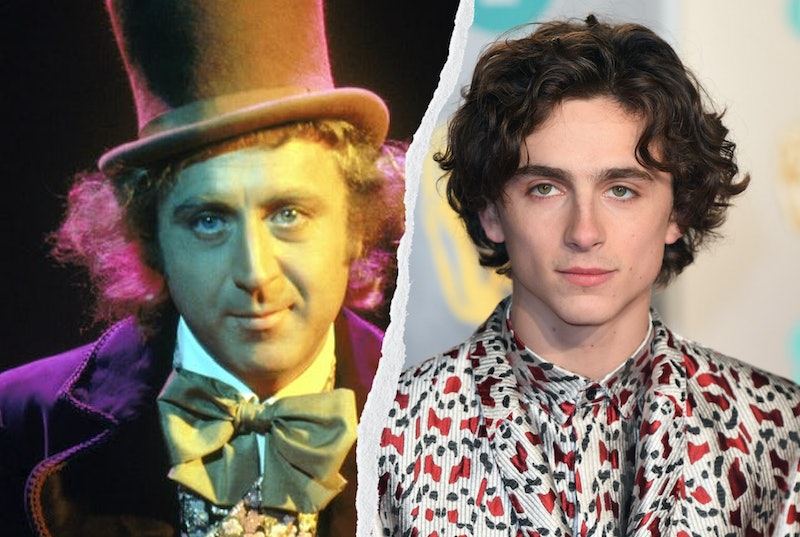 Timothée Chalamet found his golden ticket! The 25-year-old actor will portray Willy Wonka in a new prequel film titled Wonka from Warner Bros. and Roald Dahl Story Company. According to Deadline, Chalamet will play a younger version of the wacky chocolate factory owner in the film that will “focus on a young Willy Wonka and his adventures prior to opening the world’s most famous chocolate factory.”

Chalamet will become the third actor to play the iconic character onscreen, following in the footsteps of Gene Wilder who originated the role in 1971’s Willy Wonka & the Chocolate Factory and Johnny Depp in 2005’s Charlie and the Chocolate Factory. Much like his fellow Wonka counterparts, it has been confirmed that Chalamet will sing and dance in the upcoming film, which will be directed by Paul King, who also co-wrote its screenplay with Simon Farnaby.

It’s safe to say that the idea of watching Chalamet step into a world of pure imagination was one that was met with an immediate, strong reaction online from both Chalamet stans and fans of the previous Wonka films alike. In fact, some people just needed to vent their wide range of feelings — both good and bad — about it:

While others questioned why it was necessary to create a Willy Wonka prequel in the first place:

But despite the internet’s initial reservations, it seems like a secondary draw to the film is to see Chalamet work alongside King, who is known for directing past hits like Paddington 2, which currently holds the Guinness World Record as the most positively reviewed film on Rotten Tomatoes.

And, last but certainly not least, the idea of Chalamet as Wonka has caused some hilarious memes surrounding his dancing and singing skills to sprout up too: