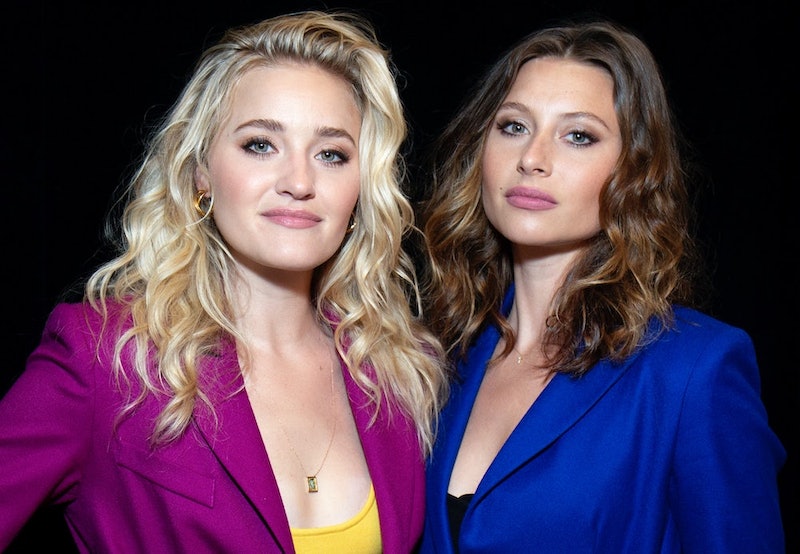 Disney Channel fans of the early aughts, rejoice! Sister pop duo Aly & AJ released their highly anticipated explicit version of "Potential Breakup Song" on Tuesday, Dec. 29, and the revamped track does not disappoint. Between the swear words and its new electro-pop sound, Twitter users cannot get enough of the explicit version, released 13 years after the original song captivated teens on iPod Nanos everywhere.

The memes and reactions to the new version are aplenty; however, it's lyrics like "it was my birthday, my stupid birthday" (swapped for, "my f*cking birthday") and "let me repeat that, I want my sh*t back" that has captured the attention of their now grown-up fanbase. The consensus? Aly & AJ have saved the dumpster fire that is 2020 at the last possible second.

Fans couldn't get over the lyric changes, noting that the use of the word "f*ck" felt so right.

Others were ready to enact revenge on their imaginary lovers, while some honed in how powerful the track made them feel.

The release of the explicit version of "Potential Breakup Song" comes after the original experienced a resurgence on TikTok. The sisters reflected on its newfound viral status in an interview with Entertainment Weekly last month. "I think people are falling back now on nostalgia and memory and it was a year where a lot of people didn't feel safe, and listening to old music or watching an old movie was a comfort," AJ told EW. "We're happy that the song is getting this bizarre second life in 2020," Aly added.

Could new versions of "Like Woah," "Rush," and "Chemicals React" be in the future? Let's make it happen. And while we're at it, how about a Cow Belles sequel?

More like this
The Spice Girls Just Dropped A Brand New Music Video
By Sam Ramsden
Twitter Is Freaking Out Over Rihanna’s 2023 Super Bowl Halftime Show Announcement
By Stephanie Topacio Long
Craig David Is Still Slicker Than Your Average
By Olivia-Anne Cleary
20 Years Later, Kelly Clarkson & 'American Idol' Judges Reunite For Her Hollywood Walk Of Fame Star
By Radhika Menon
Get Even More From Bustle — Sign Up For The Newsletter