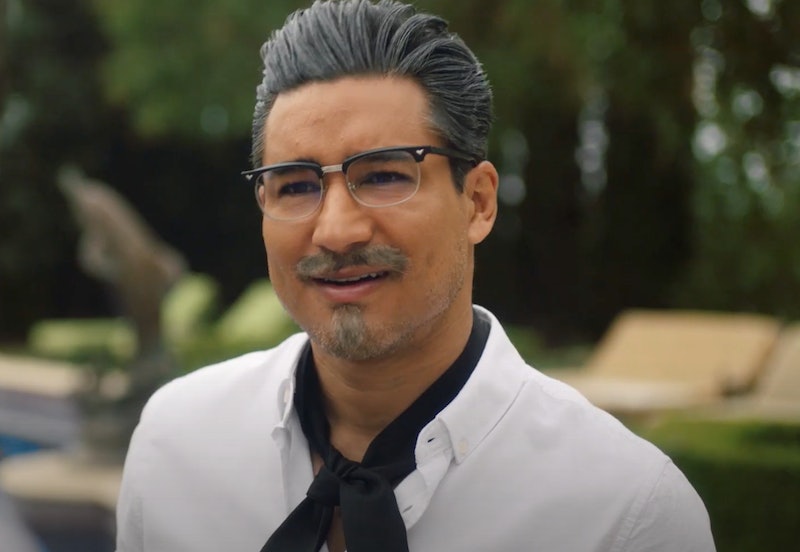 Lifetime movies have it all: steamy romance, creepy stalkers, murder that's so unconvincing it's comedic, and Kentucky Fried Chicken. Yes, you read that right. Lifetime is creating a KFC movie starring none other than Mario Lopez as the chain's mascot, Colonel Sanders. And as soon as the news broke, people on Twitter created memes and tweets to express just how funny, unexpected, and truly strange the film really is.

It all started on Monday, Dec. 7, when the network announced a "mini-film" in collaboration with the fast-food joint called A Recipe for Seduction. The new trailer shows Lopez as Sanders, a handsome chef that catches the eye of a young heiress. The problem? Her mother has already arranged her marriage to a wealthy suitor, resulting in secret affairs and a murder plot. There's also a confidential fried chicken recipe that will apparently "change the world" wrapped into this, because what's a Lifetime movie without chaos?

Immediately, the Twitterverse lit up with big reactions to the film, with many people simply marveling at how 2020 has delivered something so odd and unusual... again.

The memes poked fun at everything involved in this movie, but especially Lopez. Some fans even joked that he may lose some loved ones over his decision to take the role.

Other Twitter users actually praised Lopez for diving headfirst into this project and getting that check.

The unusual news also reminded people about some other random, KFC-related things that exist, including a Sims character romance, a KFC novella, and the fact that country superstar Reba McEntire was ahead of the curve when she dressed up as Colonel Sanders for some of the chain's advertisements.

In conclusion: all hail Reba. A Recipe for Seduction will premiere on Lifetime on Dec. 13.