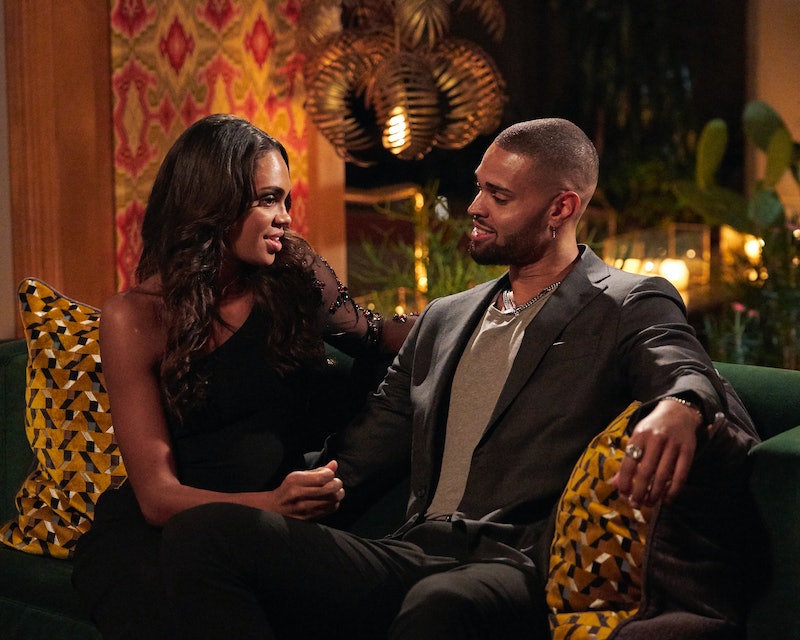 There’s a difference between falling in love, being in love, and getting engaged. That delineation is exactly what Michelle Young explained to Nayte Olukoya during the dinner portion of their fantasy suite date. Heading into the episode, which aired Dec 14, Bachelorette Michelle expressed apprehension, not entirely sure Nayte felt as strongly about her as she did about him. However, Michelle wasn’t alone in the dubious feeling, and Twitter was just as suspicious.

It’s not that Nayte isn’t into Michelle — no one who’s watched the season so far would believe that — but fans couldn’t exactly grasp just how deeply Nayte cared for her. After all, we are just one episode away from a finale and engagement, and if Nayte can’t unequivocally express how he feels for Michelle, it makes sense that Bachelor Nation isn’t sold on his intentions. To his credit, Nayte did do his best to try to quell Michelle’s concern that he wasn’t all in on their relationship, but viewers just couldn’t come to terms with Nayte’s vague platitudes about love.

Audiences just couldn’t tell if Nayte is ready to get married.

Despite Nayte looking like a frontrunner, many weren’t elated about his likelihood of moving on.

Some viewers thought Michelle was willing the relationship more than feeling it.

Nayte ultimately received a rose and will therefore go forward into the final two. Whatever uncertainties Twitter may have about his ability to commit will undoubtedly continue until the finale. However, the question as to whether or not he’s ready for an engagement may ultimately be revealed in just one short week.