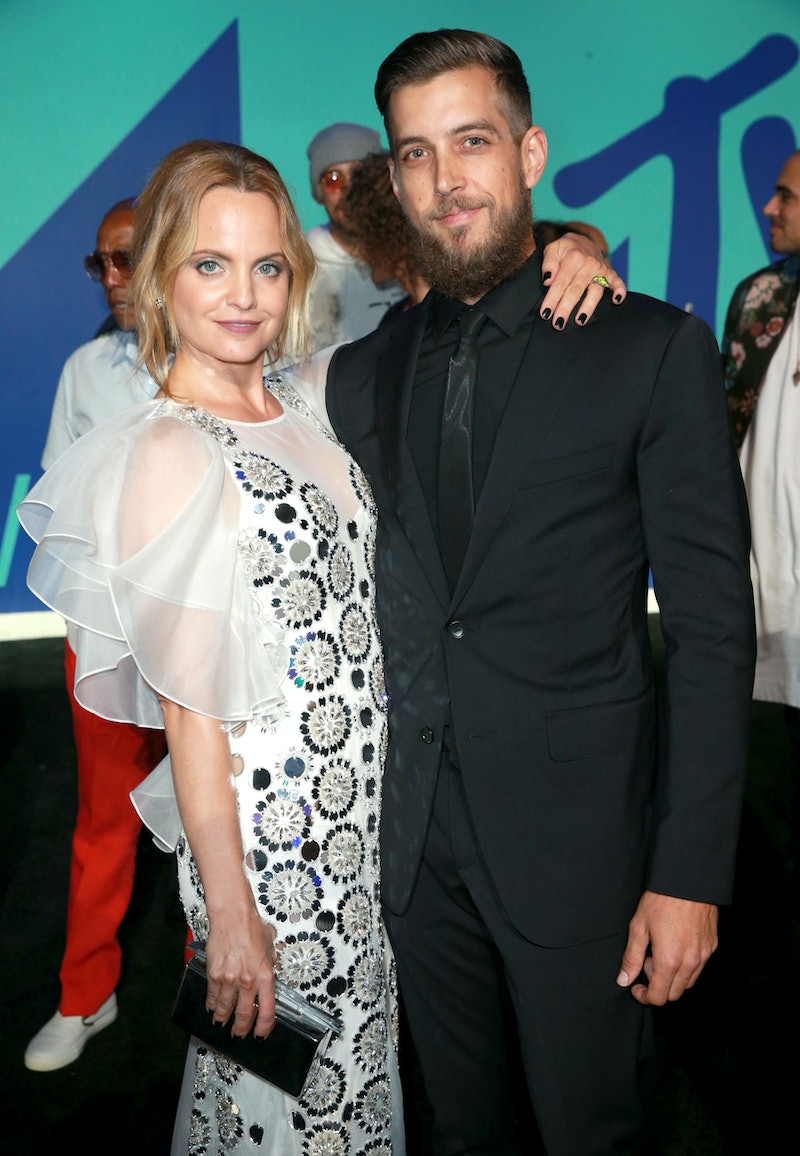 It's a boy! American Beauty star Mena Suvari is pregnant with her first child, a son, she announced on Friday, Oct. 16. "It's still this process for me of believing it and accepting that something this beautiful could happen for me," the 41-year-old actor, whose baby boy with husband, Michael Hope, is due next spring, shared with People. "It's been a very emotional experience. It's very weird finding out — I was like, I can't believe it!"

Suvari told the magazine that she and Hope, whom she married in 2018, began actively trying to conceive earlier this year, though the pregnancy still came as a surprise. Explaining that she recorded her temperature every morning and was "peeing on these ovulation sticks," nothing seemed to be happening, leading her to feel "overwhelmed and stressed out." Plus, there was some concern about her age.

"I'm 41 and there's this air of like, I've got one foot in the grave and good luck," Suvari added. "I was like, I can't do this anymore. I'm so tired of stressing over this. I was trying to feel like if it's meant, it's meant."

And it was. In mid-July, the actor was traveling to Georgia for work, when she recalls feeling a sudden shift in her body, which she had initially chalked up to jet lag. Later that month, she took a pregnancy test, yielding a result that she called "a huge surprise, an absolute miracle!"

The mom-to-be continued, "It was something that we've always wanted, but a couple months before, I had stopped calculating. I pulled back and let go, which apparently they say that that's when it happens." Now halfway through her second trimester, Suvari said she's been adapting to her changing sleep patterns — and indulging in plenty of fruit and Indian cuisine. One downside, though, is that her husband was not permitted to join her for her first ultrasound, due to COVID-19 restrictions.

Regardless, Suvari shared her joy about "Baby Hope," whom she and her husband plan to name after his late grandfather, in an Oct. 16 Instagram post, writing, in part: "The greatest, most precious gift has come our way. Through all the trauma, through all the struggle, through all the doubt, our little angel has chosen us. I will never have enough words to describe my love for this beautiful soul coming into our lives, but I wont [sic] ever stop trying to give him the best life possible. You’re all I’ve ever wanted and the most important thing that will ever matter."