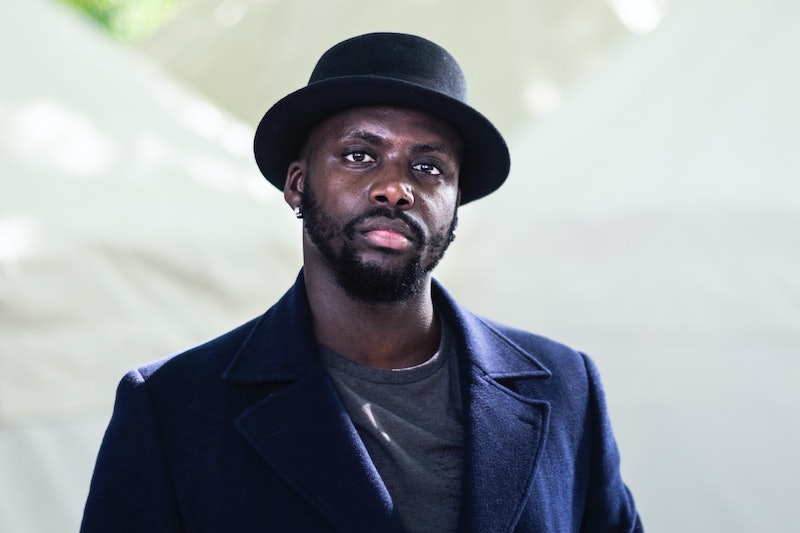 It has been just two years since Stormzy launched literary imprint Merky Books to showcase underrepresented writers "from all different walks of life". But in that time, it's made serious waves. Most recently, the company's first published novel, That Reminds Me by Derek Owusu's has won the Desmond Elliott Book Prize, which is given to the year's best debut novel in the UK and Ireland.

That Reminds Me follows the life of a Ghanian boy called K from foster care to his birth family in Tottenham. As detailed by BBC News, it mirrors the author's life 'from being in foster care in Suffolk to moving in with his biological family in north London before being diagnosed with borderline personality disorder'.

Judges praised the novel for its "rare style that wrings pure beauty from every painful, absurd moment K must face." Judging panel chair and previous Desmond Elliott Prize winner Preti Taneja said in a statement given to the Evening Standard: "... Despite the terrors around him, this young black man has an instinctive love for the world that burns at the core of the book. The judges and I were as shattered by the truths of the story as we were moved by the talent of its writer."

She continued: "Derek Owusu has given us a unique, profound and transcendent work of literature: we want as many readers as possible to discover it — once they do they will return to again and again.”

As part of the Desmond Elliott prize, 32-year-old Owusu was awarded £10,000 and a "year-round platform of support and mentorship from the National Centre for Writing."

From North London, Owusu, who is also a podcaster, has a two-book deal with #MerkyBooks. The TV rights to his forthcoming novel Teaching My Brother To Read have already been picked up by Idris Elba's production company, Green Door Pictures.

Speaking to BBC News, Owusu explained who he came to write his award-winning "novel in verse."

"I was writing verses just to pass the time and eventually there was a narrative structure to them, and that's when I created K, as almost an alter ego of myself, to try to understand what had led to me being diagnosed and having this breakdown," he explained.

On winning the Desmond Elliott prize, he shared:"When the email came through that I'd been longlisted, I was really blown away. I didn't write this to get published, I wrote it for myself. And an award like the Desmond Elliott, they're really trying to give debut novelists a platform to continue writing..."

More like this
Everything To Know About The 'Daisy Jones & The Six' TV Series
By Maxine Harrison and Brad Witter
Your Guide To Watching 'Everything Everywhere All At Once' In The UK
By El Hunt and Sophie McEvoy
Eurovision Has Been Given A Whole New Look Ahead Of Its Liverpool Debut
By Bustle UK
This Is When Netflix Is Going To Start Charging You For Sharing Passwords
By Darshita Goyal
Get The Very Best Of Bustle/UK
Sign up for Bustle UK's twice-weekly newsletter, featuring the latest must-watch TV, moving personal stories, and expert advice on the hottest viral buys.