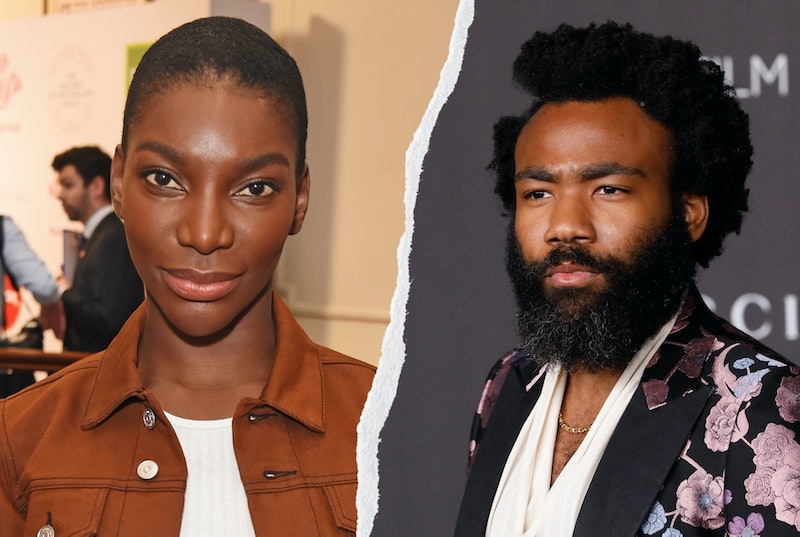 I May Destroy You has been one of stand out shows of 2020. Michaela Coel’s phenomenal creation, which aired on the BBC in June 2020, left viewers with so much to think about. The writer-actor is GQ’s November cover star and she sat down for a virtual chat with fellow creative Donald Glover to talk through the success of the show and the ideas that inspired it. During their conversation, Coel talked about microaggressions from friends and the difficult conversations she has with them to address this. Coel highlights that, in a world that’s made so binary by social media, some situations and conversation with the people you’re close to aren’t so straightforward.

I May Destroy You opened up so many conversations and, during her chat with Glover, Coel explained that writing it was a very spiritual process ("In the sense that the minute I talk about it I could cry") and also one which led her to draw on personal experiences, including when it came to the attitudes of white people in the show.

Speaking to Glover, Coel explained that some of the microaggressions that you see in I May Destroy You have played out in her real life. She said, “This has happened all through my life; it happened again recently. I have friends that I love who are not – let’s put it in quotations for now, because we’re talking about categories – 'Black,' who at some point turn to me and say, ‘I love Black men.’”

Glover answered "Like in the show?" referring to the character of Nilufer, who goes on a date with Kwame during the series.

"Yeah," Coel responded, "and whenever I hear it, my brain starts thinking, 'You’ve grouped a whole people and you’ve made a decision on them. Can’t you just "love" that Black guy at the bar? Why can’t you like whatever his name is? Why come with the whole group thing?' And they’re my friends, so sometimes I don’t know how to do it. How do you stay friends with them?"

Glover and Coel went on to discuss the answer, with Glover saying "It’s up to you to decide: 'Do I want to have a conversation with this person?'" and Coel responding "I’ve had a conversation every single time."

She went on to add: "Sometimes, when that stuff comes out, I think, 'Oh, should you be around me? I’m not sure.' And then literally before this interview, I was thinking, 'No, Michaela, everybody, in any way, should be around you. Who are you to have exclusive rights?' And then I began to crave my friends. I began to crave these white women. I missed them, because there’s so many other qualities. I can’t push you away. I shouldn’t mark a territory where I put you there. And when I realised that today, literally, I began to crave them."

"That’s what I’m saying," Glover responded. "It is OK. That’s what a lot of people don’t realise. It’s gonna be OK. Good can come from bad and bad from good."

Glover and Coel expressed similar views in how they feel about social media. It encourages "binary, polarising thinking," Coel said, explaining how that can ultimately take away from conversations. "’I'm always trying to get to the middle thing; the centre of something," she explained.

During their chat, Glover told Coel that he was inspired by I May Destroy You for the topics it covered and, in one of the most perfect reviews of he show yet, he said: “It feels like you’re sitting in the truth. And it’s not easy, because it’s just ever-expanding. It just keeps getting bigger and bigger.” Rather than leaning on binaries, she’s played these tough conversations out on screen. You can read the full conversation between Glover and Coel on GQ.