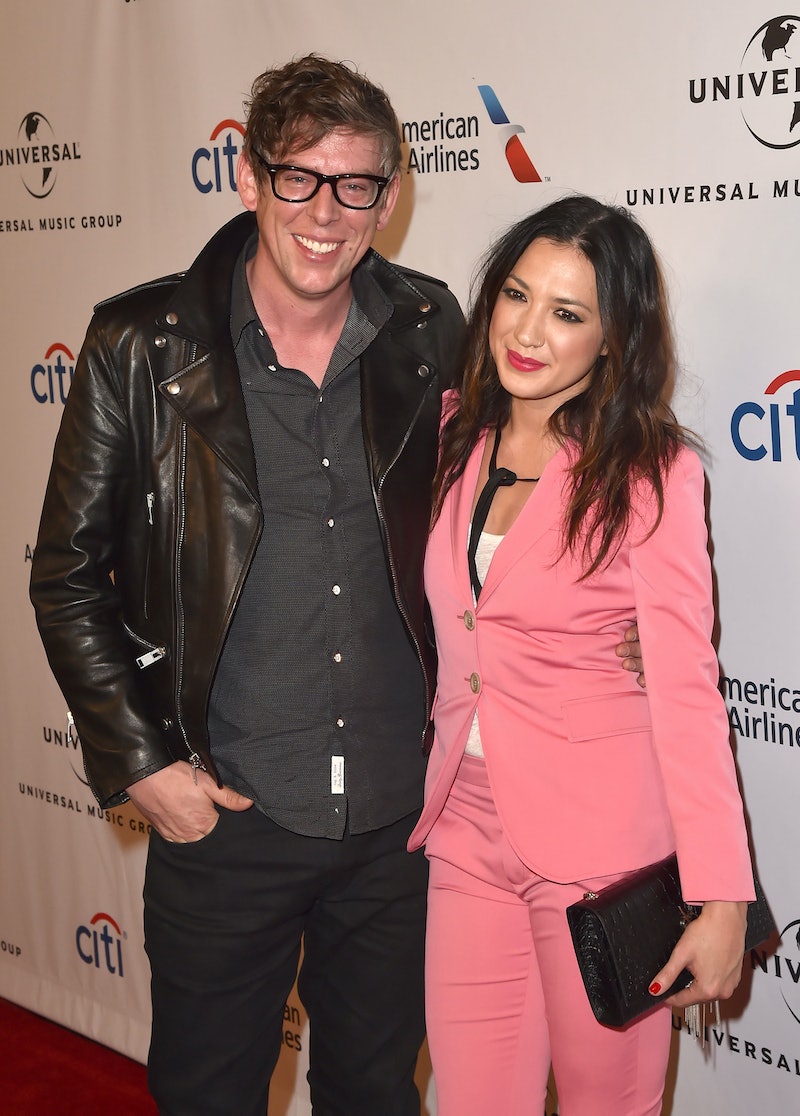 It was a difficult holiday for the Branch-Carney family. In an emotional post on Instagram, Michelle Branch revealed that she suffered a miscarriage around Christmas, an experience that capped off an already tough year. The singer — who shares 2-year-old Rhys with her husband, Black Keys musician Patrick Carney, and is also mother to 15-year-old daughter Owen — shared several photos of her family's holiday celebrations, along with her candid comments about the last month of 2020, and thanked her family for supporting her.

"Just when we were rounding third and heading home (A baseball metaphor?! I know.) 2020 was like, 'nah, I ain’t done yet.' December decided to really finish us off with a bang!" Branch wrote, referring to the Christmas Day explosion in Nashville, where she lives. "And to further twist a dagger in my heart, I experienced my first miscarriage (ugh! M*therf*cker!)" However, the "Everywhere" singer explained that she was able to find some moments of levity while celebrating the holidays with her loved ones.

"Between the crying and binge eating of Christmas cookies, I decided to put on lipstick and a dress. We drank champagne alllll day," she wrote. "Made an incredible meal and sang Christmas songs snuggled up by a roaring fire." Though she may be "limping to the finish line" of a terrible year, Branch also made sure to acknowledge all of the love and support her husband and family have given her during this difficult time. "These people, my precious family, my husband, sister and kids have been the MVP’s. I couldn’t imagine spending a year isolated with anyone else," she concluded.

Branch, who is best known for the albums she released in the early 2000s, married guitarist Teddy Landau in 2004 and welcomed their daughter, Owen, just a year later. The couple split in January 2014, but the singer has been open about their amicable relationship and their determination to be supportive co-parents to their daughter. "I luckily have a very wonderful ex-husband, and I can say that, and I know a lot of people in my shoes can’t," she told People in 2017.

She continued, "Everyone enters a relationship with the best of intentions, and we grew apart. Having our daughter together was really the balancing factor when everything was kind of coming to a close. It was easy to focus on her and worry about how she felt and making it normal for her; it allowed us not to get too caught up in our own sh*t."

Branch began dating Carney while working on her comeback album, Hopeless Romantic, which he co-wrote and produced. "There’s songs on the record from the moment I realized I was gonna get divorced to the moment I fell in love with Patrick," the singer noted. "It runs the gamut." Carney proposed in 2017, on Branch's 34th birthday, but before the couple could walk down the aisle, they announced they were expecting their first child together. "Patrick and I are over the moon in love with our son Rhys James Carney," the singer wrote on Instagram after giving birth in 2018. "Born August 28th, 2018 At 11:48pm 8 lbs 13oz 20 inches."

In addition to spending time with her supportive family, Branch revealed in August that she has been working on new music in 2020, even sharing a photo from the recording studio on the 19th anniversary of her debut album. "19 years ago today, The Spirit Room was released and my life was forever changed," Branch wrote on Instagram. "Fitting that I’m spending the day singing harmonies on my new record. Thank you, all of you, for being a part of it and coming along for the ride."

Although 2020 ended with a series of lows for the musician, 2021 will hopefully bring more highs.

More like this
Twitter Is Freaking Out Over Rihanna’s 2023 Super Bowl Halftime Show Announcement
By Stephanie Topacio Long
Everything To Know About Taylor Swift’s 10th Studio Album, 'Midnights'
By Grace Wehniainen and Jake Viswanath
Ed Sheeran’s Surprise Gig Included An Iconic Britney Spears Tribute
By Bustle Editors and Darshita Goyal
The Spice Girls Just Dropped A Brand New Music Video
By Sam Ramsden
Get Even More From Bustle — Sign Up For The Newsletter