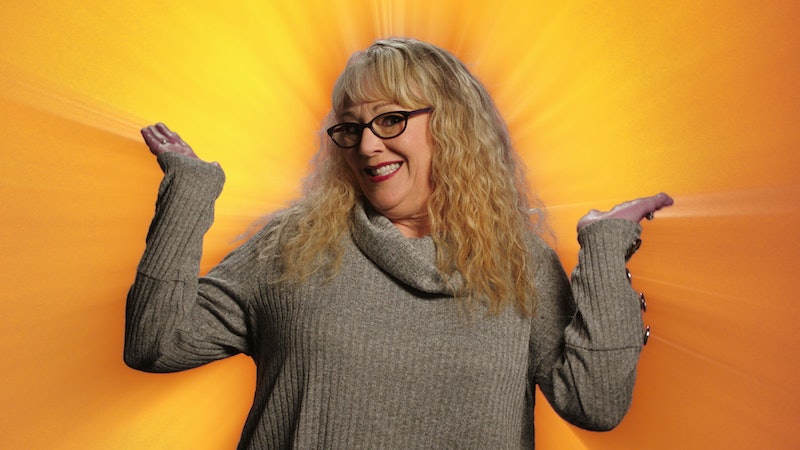 Before getting cast on The Circle Season 3, Michelle “Shelly Belly” Rider says she was just spending time with her family and performing stand-up comedy “here and there.” “I got a call that said, “We loved your stand-up. We think you would be great on the show. What do you think?”” the 53-year-old Pacolet, South Carolina native recently told Parade. “Well, I went back and watched [the show]. And I was like, ‘Dang, a break from my husband and children?’ Let’s do it!”

Having a sizable fan base on TikTok (more than 757,600 followers as of publication) is something Michelle says “really helped” her when she started the competition, though she had one small problem. “I didn’t know what a damn emoji was!” she told Parade.

Still, she did have some advantages. In her intro video, the mother of four warns that though she can come off as sweet, she’s “not your average Southern belle” because “when mom is mad, that’s it.” Michelle added that viewers shouldn’t be fooled by her age because she has “the mind of a 20-year-old” and isn’t afraid to send someone home if she doesn’t like what she sees or hears. Here’s everything else to know about Michelle heading into The Circle Season 3.

Michelle’s comedy covers topics including married life, living in the South, and her unhinged neighbors. Her career kicked off after a few of her videos went viral on social media. “I love sharing my sweet, sometimes not so sweet hospitality with ya'll,” she wrote in her YouTube comedy page bio, describing her humor as relatable with “a hint of naughty.”

Outside of entertainment, Michelle has worked as an executive administrative assistant to Belk’s director of operations since 2019, helping with day-to-day scheduling as well as event coordination, according to her LinkedIn account. Michelle also has extensive past experience with staffing businesses.

Michelle’s social media presence is largely devoted to her Shelly Belly comedy videos. In fact, her Instagram page is almost exclusively filled with reposts of her TikToks. Her most popular recent video shows her jokingly yelling at an (unseen) neighbor named Donna for wearing a “crochet bikini” in front of her husband. Another recent viral TikTok video offers a candid look at a couple’s conversation in a car “after leaving a gathering” during which they gossip and criticize the party’s host about everything from gross toenails to putting peas in potato salad.

Michelle’s Strategy On The Circle

Heading into The Circle, Michelle planned to play a mom role in the group and pick people with “genuine-looking” photos to align herself with. “I went for someone that I could nurture, that I could get close to, that would have missed their mom or miss their family,” she told Parade. “Because that’s one thing that every single person will say that they miss the most while being there: Their family. Honestly, I don’t think this show is a popularity thing. We’re looking for emotional support because we do go through a lot.”

Ultimately, Michelle said she believes The Circle is “a great opportunity” for anyone. “You don’t have to have a background in movies. These are your everyday ordinary people that go in. What’s so great about this show is you just don’t know who you’ll meet.”