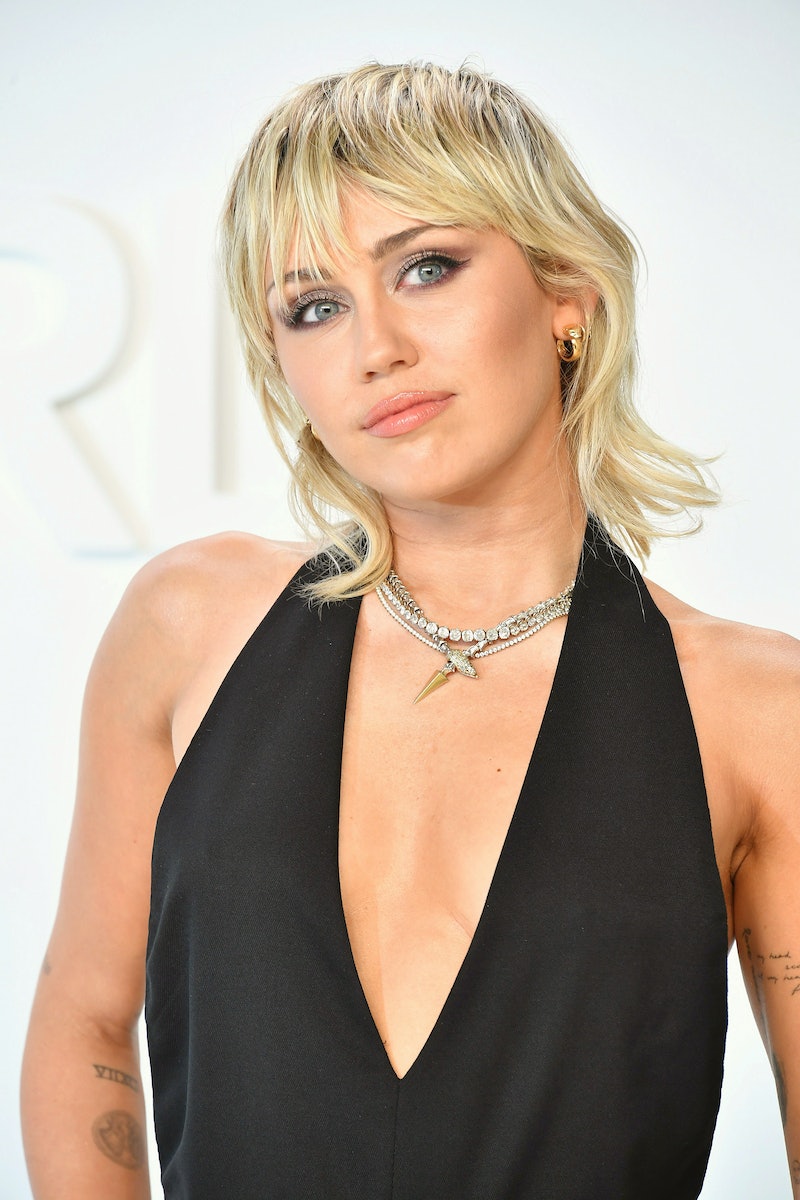 In early August, longtime dog lover and animal advocate Miley Cyrus adopted an abandoned bulldog, taking in the pup after she was rescued by California firefighters, as per CNN. In April, the bulldog, who was dubbed Daisy, showed up at the doorstep of the North Central Fire Protection District Station, spending a week with the squad before being relocated for health reasons. The personable bulldog was brought to the Wagmor Luxury Pet Hotel and Spa in Los Angeles, where owner Melissa Bacelar nursed her back to health with help from veterinarians and put out a call for Daisy's adoption on the agency's Instagram page.

Cyrus, who had adopted a pet from the agency before, reached out about bringing the pup onto the "Midnight Sun" music video set, hoping someone would be interested in giving her a new home. However, the singer immediately bonded with Daisy and decided to foster the rescue for a few days. On Aug. 6, Bacelar posted about Cyrus' adoption story on Instagram, writing that, "day turned into a weekend. A weekend into a week. And tonight she made it official."

The Wagmor Pet Hotel & Spa added that Daisy is now "part of Mileys [sic] ever growing family of love" where the once-abandoned bulldog would be "loved and spoiled." The agency went on to praise Cyrus for her commitment to animal rescue, writing, "Her heart is so big!!" The "Slide Away" singer has since renamed the bulldog Kate Moss, and from the photos, it's clear the pooch is fitting right in with her other dogs, Bo and Emu.

Cyrus is passionate about pet rescue, and Kate Moss the bulldog is not the first pup she's given a home to in recent months. In March, Cyrus adopted a shepherd mix named Bo from Wagmor Pet Hotel & Spa, as per People. The singer discussed her new adoptee on her Instagram Live show Bright Minded, revealing the pup was named Bo after her father Billy Ray Cyrus, who went by the nickname in high school. She also welcomed Wagmor founder Bacelar on the episode to discuss the difficulties of being an animal advocate amid COVID-19.

Kate Moss will join a large pet family, as in addition to her dogs, Cyrus runs what is essentially an animal sanctuary. In August 2019, reports showed Cyrus would take over the small farm she once owned with Liam Hemsworth after the couple split, including the seven dogs, two horses, two mini-horses, three cats, and one pig, according to Vanity Fair. Given the star's commitment to caring for animals, it's no surprise that she's continued to rescue pets amid the COVID-19 crisis and California wildfires, and her new bulldog seems like a sweet addition to the family.

More like this
Sarah Jessica Parker “Doesn't Remember” What 'Hocus Pocus' Is About In Resurfaced Clip
By Emily Mae Czachor and Radhika Menon
Shonda Rhimes' Net Worth Makes Her One Of The Wealthiest People In TV History
By Hugh McIntyre
Everything To Know About Taylor Swift’s 10th Studio Album, 'Midnights'
By Grace Wehniainen and Jake Viswanath
At 14, Jurnee Smollett Was Taking Meetings With Missy Elliot & Lauryn Hill
By Chloe Foussianes
Get Even More From Bustle — Sign Up For The Newsletter