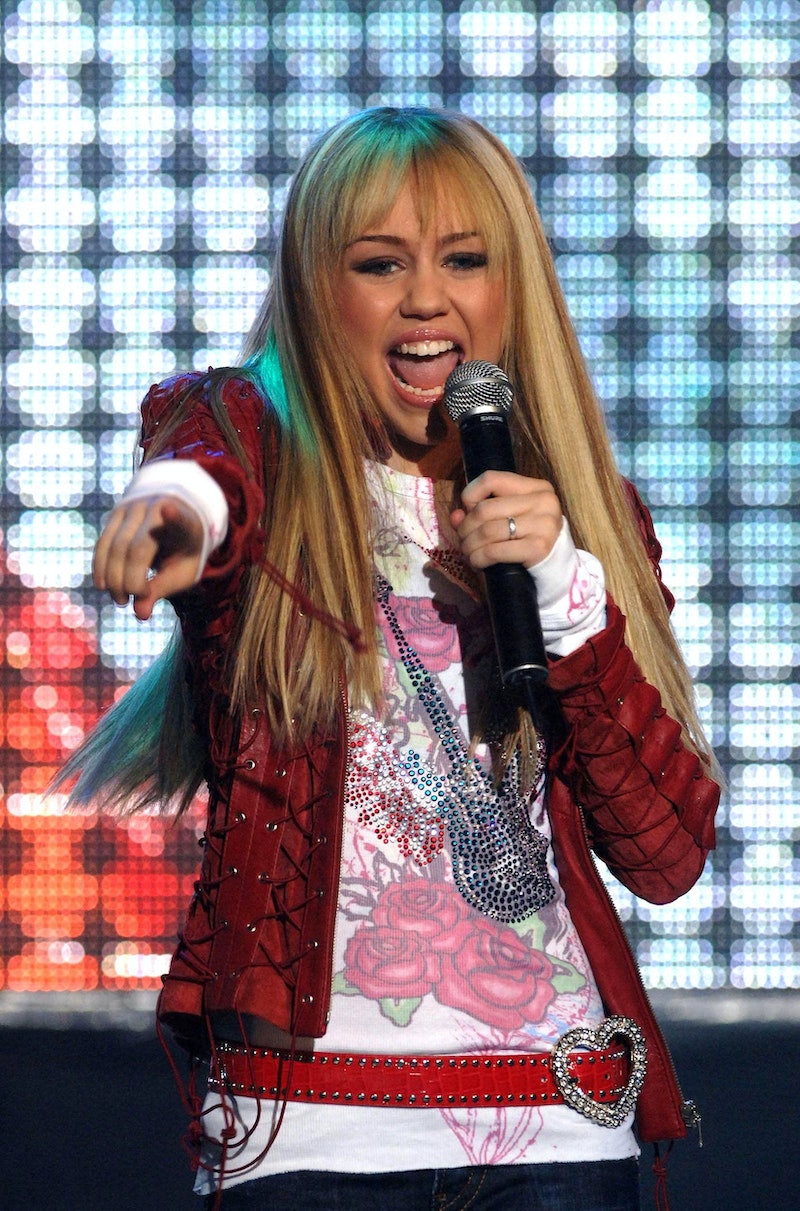 Who wouldn't want the best of both worlds? On Friday, Miley Cyrus said she would reprise her Hannah Montana role, saying that she, "put that wig on all the time." Cyrus, who dropped her latest single "Midnight Sky" on Thursday, didn't seem opposed to bringing the fan-favorite character back to television, though a reboot doesn't yet seem to be in the works.

Cyrus discussed the legacy of Hannah Montana during an appearance on the radio show Carolina With Greg T In The Morning, saying the character is, "just in storage collecting dust and I’m ready to whip her out." Plans to film a reunion of the Disney sitcom aren't in the works, but Cyrus confirmed, "the opportunity will present itself" and that she would, "definitely like to resurrect her at some point."

The "Slide Away" singer is currently focused on producing new music, and said that while she'd, "love to do a series again," it might be difficult at this time to, "get locked into a sound stage for a couple of years." However, Cyrus made it clear that fans could look forward to a future reboot at some point, saying it would be coming, "sometime in the future." The star, who directed the music video for her new single "Midnight Sky" also noted that she would like to be at the helm of a Hannah Montana reunion, saying, "hopefully I’m directing it." However, the star also noted that updating the show would require giving Hanna Montana "a big makeover," as the character's fashion is, "kinda stuck in 2008."

Hannah Montana, which followed a teenager living a double-life as a pop star, premiered on Disney in 2006, and the final episode wrapped in Jan. of 2011. Cyrus' interview wasn't the first time she's discussed revisiting the popular sitcom. In 2017, the singer said she "probably wouldn't do a Hannah Montana reboot,” noting that the environment on set was stifling as a young performer, as per People. However, the star has seemed more nostalgic for the sitcom as of late. In March, Cyrus and Emily Osment had a Hannah Montana mini-reunion on Instagram Live, revisiting iconic scenes and outfits from the show. Later that month, Cyrus posted a video wearing her Hanna Montana wig on Twitter, joking, "it was so hard to keep going back and forth so I decided to be Hannah Montana forever."

The singer is currently preparing to release her seventh studio album, She Is Miley Cyrus, and is also expected to be featured on a holiday album with Dolly Parton and Willie Nelson. It's clear her musical ventures might not leave room for a reunion anytime soon, but there's still a chance the star could return to the show, especially given her recent nostalgia for the series.