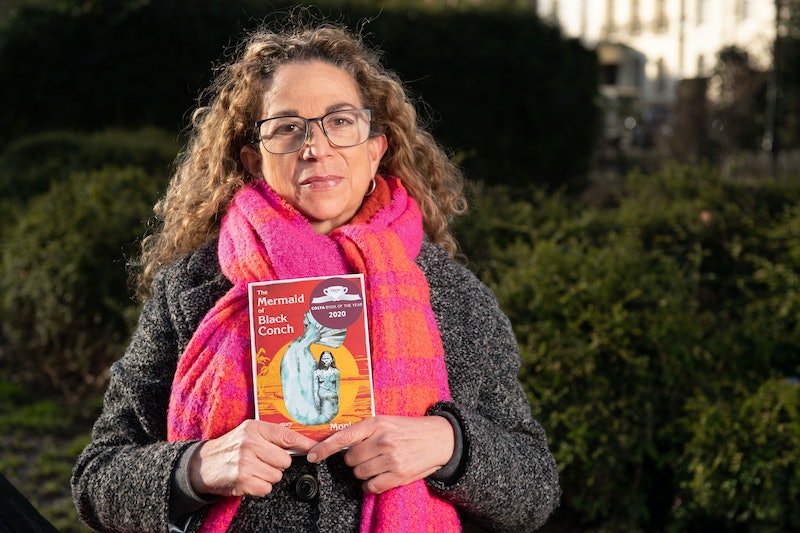 The pandemic has freed up a lot of time and many people have chosen to spend it buried in a good book. If you’re a keen bookworm and in need of some new inspiration, author and memoirist Monique Roffey has just won the Costa Book of the Year with her dark and compelling novel The Mermaid of Black Conch: A Love Story. Rooted in ancient legend, the judges described Roffey’s work as “a classic in the making” and said Roffey is “a writer at the height of her powers.” This is definitely one to add to your lockdown reading list.

The Costa Book Awards is an annual ceremony that celebrates some of the best literature to come out each year. The five judging categories are the Debut Novel award, Best Novel, Best Biography, Best Poetry, and Best Children's Book. Roffey actually won out in two categories: Best Novel award and Book of the Year.

The Mermaid of Black Conch: A Love Story is a mystical story based on a Neo-Taino legend. It tells the tale of a mermaid who is torn from the sea and falls in love with a fisherman. The judges praised Roffey's work as “a story of rare imagination” and “a glorious myth.”

'The Mermaid of Black Conch: A Love Story' by Monique Roffey
Bookshop.org

Chair of judges Professor Suzannah Lipscomb, said [per the BBC], "The Mermaid of Black Conch is an extraordinary, beautifully written, captivating, visceral book - full of mythic energy and unforgettable characters, including some tremendously transgressive women."

Roffey won the £30,000 prize and said [per the Independent], “This prestigious prize is a vote for so many things: Caribbean literature, experimental form, magical realism, independent presses, and of course, mermaids. A huge thank you to the judges for exposing my book to a wide readership. I’ll be pinching myself.”

Elsewhere in the awards list, Ingrid Persaud won the Debut Novel award for Love After Love; Lee Lawrence took the Best Biography award for The Louder I Will Sing: A Story of Racism, Riots, and Redemption; Eavan Boland won the Best Poetry award for her collection called The Historians; and Natasha Farrant took the title for the Best Children’s Book with Voyage of the Sparrowhawk.