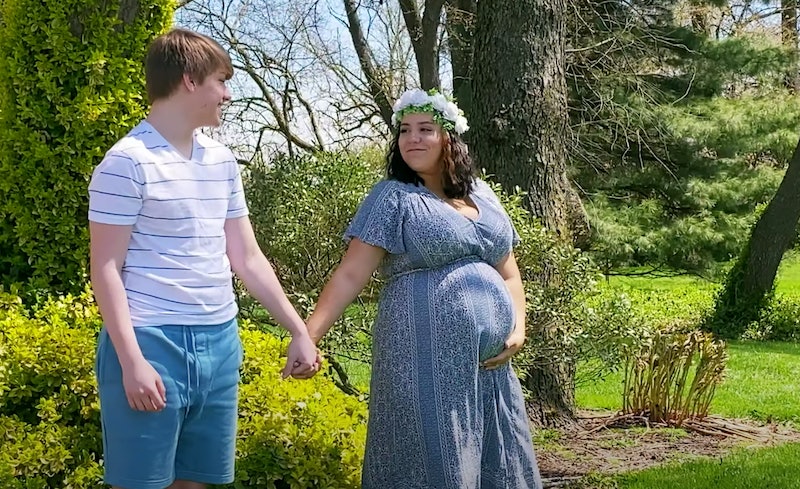 After a six year hiatus, 16 and Pregnant is returning to MTV with a brand new cast. Like the original show, the reboot will follow young, expecting moms and their partners throughout pregnancy and into parenthood. But it will also feature footage with family members, aiming to capture the bigger impact of teen pregnancy.

"We are sharing the stories of a new generation of young parents and underscoring the impact of an unplanned pregnancy on families — beyond the moms and dads-to-be — by showing authentic and intimate moments with siblings and grandparents-to-be addressing the life change,” Nina L. Diaz, president and chief creative content officer for ViacomCBS Entertainment and Youth Group, said in a press release per The Wrap. Here are the six women (and families) you'll meet when the series premieres on Oct. 6.

Madisen is from a small, conservative town in Arkansas called Heber Springs, which she referred to as a "judgey" place in a sneak peek shared by MTV. That could be why, after getting pregnant, she decided to drop out of high school and earn her GED. She lives with her single dad and a family friend after losing their home to a fire, and she and her boyfriend, Christian, are parents to seven-month-old daughter Camille.

According to Rachelle's Instagram, she's from Los Angeles, California. She and her boyfriend Chase Keough are parents to daughter Boston, who's nine months old. They got pregnant after only a month of dating, which initially caused tension in Rachelle's family. According to Chase's Instagram, he's a personal trainer and huge Boston Red Sox fan, which explains their daughter's name.

Maddie and her fiancé Korey Wiseman welcomed their daughter Kaezleigh on Feb. 12. They're from San Antonio, Texas and Korey is an aspiring musician. 16 and Pregnant will explore how Maddie and Korey's engagement nearly fractured Maddie's relationship with her mom.

Hailing from La Porte, Indiana, Kali has been with her boyfriend Auston for two years. They had their son Bodhi, aka Beau, on June 6. You can check out Beau's very own Instagram here. According to an MTV press release, they rushed to move in together after discovering they were pregnant, which caused division between their families.

Camryn's boyfriend is also named Cameron, so they call themselves the Cams. The two are from Michigan, and welcomed their daughter Sadie on June 28, per Cameron's Instagram. According to an MTV press release, Cameron lost his job amid the coronavirus pandemic and had to move in with Camryn and her mom, who he's clashed with in the past. The show will follow the three as they try to set their issues aside, while Cameron and Camryn contemplate if they should get a place of their own.

Kasmonyae, who goes by Kash, recently graduated from high school in Avondale, Arizona and is mom to daughter Nova. She doesn't appear to be on social media, but according to an MTV press release, the show will track how parenthood and the pandemic tests her relationship with Nova's father, Nate.