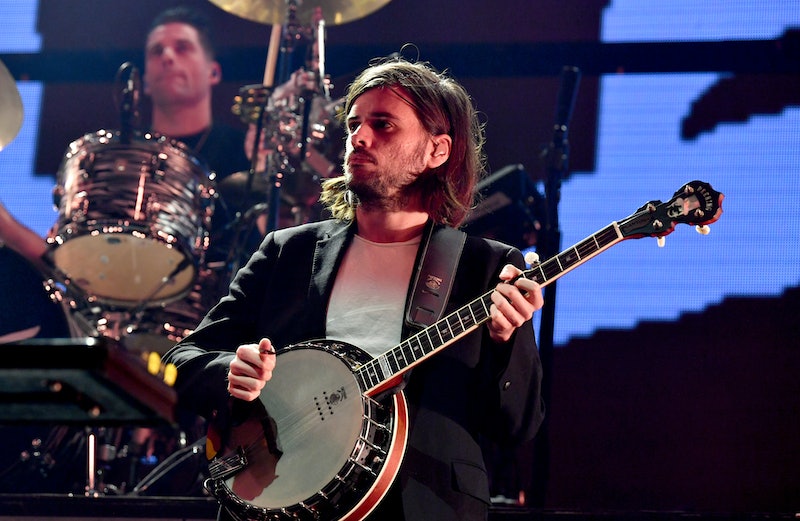 The folk rock band Mumford & Sons is trending — but not for anything music-related. The group’s banjoist and lead guitarist Winston Marshall made waves with a controversial book recommendation on Saturday, March 6. After reading Unmasked: Inside Antifa’s Radical Plan to Destroy Democracy, the musician tweeted at author Andy Ngo, congratulating him and letting him know he’d “finally had the time” to finish the “important book.”

Ngo, the editor-at-large of the conservative news website The Post Millennial, has been a polarizing figure in recent years, gaining widespread attention after tweeting in 2019 that he’d been attacked by anti-fascist activists during a Proud Boys rally, per Rolling Stone. Since then, he has made frequent appearances on right-wing news shows; in fact, Fox News’ Tucker Carlson blurbed Unmasked with the comment, “Read this book.” A Los Angeles Times review, on the other hand, called the work “supremely dishonest” and “a culmination of Ngo’s single-minded quest to depict an assortment of leftists as a unified vanguard whose mission is to ‘destroy the nation-state, America in particular.’” Needless to say, Marshall’s endorsement became contentious, and a lot of Twitter users had thoughts.

There were those who claimed they weren’t at all surprised by Marshall’s stance on Ngo’s book, with some noting that he had a privileged upbringing as the son of a well-known British investor.

Meanwhile, others announced that they’d never been Mumford & Sons fans to begin with.

Some even relished the idea that the right will have to embrace the band now.

One fan joked about how all the right-wing personalities canceled by the left can band together for a project.

Of course, there were also some defenders.

For others, this was just the latest weird development of 2021.

The biggest story in this for still others was actually the simple fact that the members of Mumford & Sons are British.

And so the debate continues as to whether or not Marshall “really f*cked it up this time.”