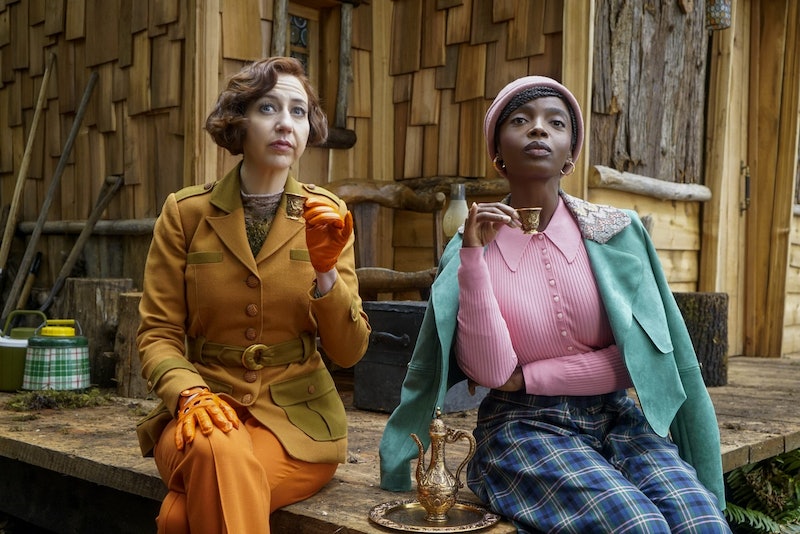 There’s a new hidden gem waiting to be streamed on Disney+, and if you happened to scroll past it in your latest search for something to binge, please consider this your official sign to press play immediately. The Mysterious Benedict Society hit the streaming platform on June 25, releasing new episodes each Friday through August 6, so this is definitely the perfect time to binge the first seven episodes just in time for the finale.

If the title rings a bell, it’s because you may have read the books as a kid. The Mysterious Benedict Society is a series by Trenton Lee Stewart (the first installment was published in 2007), and for those who are unfamiliar, it’s definitely got a bit of a Spy Kids or A Series of Unfortunate Events vibe to it. At face-value, it’s a show about kids, but once you start watching, you’ll quickly learn that it’s much more than that. With incredible one liners, intriguing characters, and jaw-dropping cinematography, the series truly has something for everyone.

Following the journey of four incredibly brainy orphans who are carefully selected by a benefactor under the guise of a scholarship competition, The Mysterious Benedict Society will have you on the edge of your couch as Reynie, Constance, Sticky and Kate try to save the world from a crisis. (This crisis is vaguely referred to as the “emergency,” so have fun spinning conspiracy theories as you watch.) The kids are incredibly creative problem solvers, to the point that you’ll feel as though you’re gaining IQ points as you watch. Constance, the youngest of the bunch, is so brilliant that you may even find yourself quoting her the way you’d pay homage to your favorite Real Housewife or Mean Girls character. Comedic genius Kristen Schaal plays a character named Number Two (yes, really). And, there’s even an elite class of “Messengers” who rule the school that the orphans must infiltrate to complete their mission. To repeat: this show truly has everything.

While television adaptations of books can sometimes be tricky, from the social media chatter surrounding the show, it seems like existing fans of the books are giving it the green light.

Sign up for Disney+ today so you’ll never miss another moment, and stream the all-new series, The Mysterious Benedict Society now.